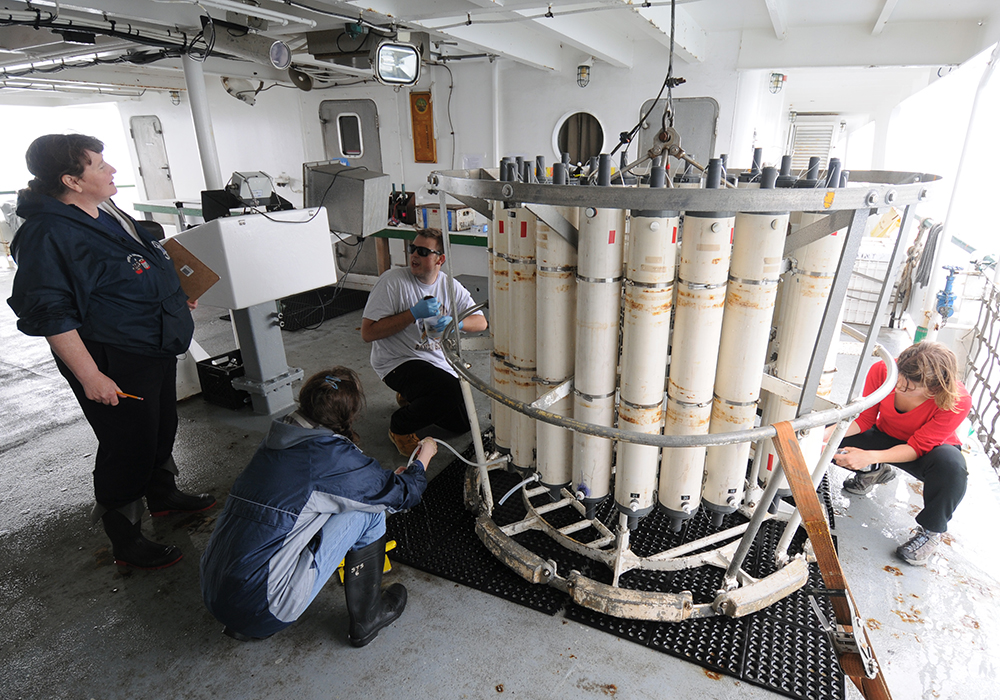 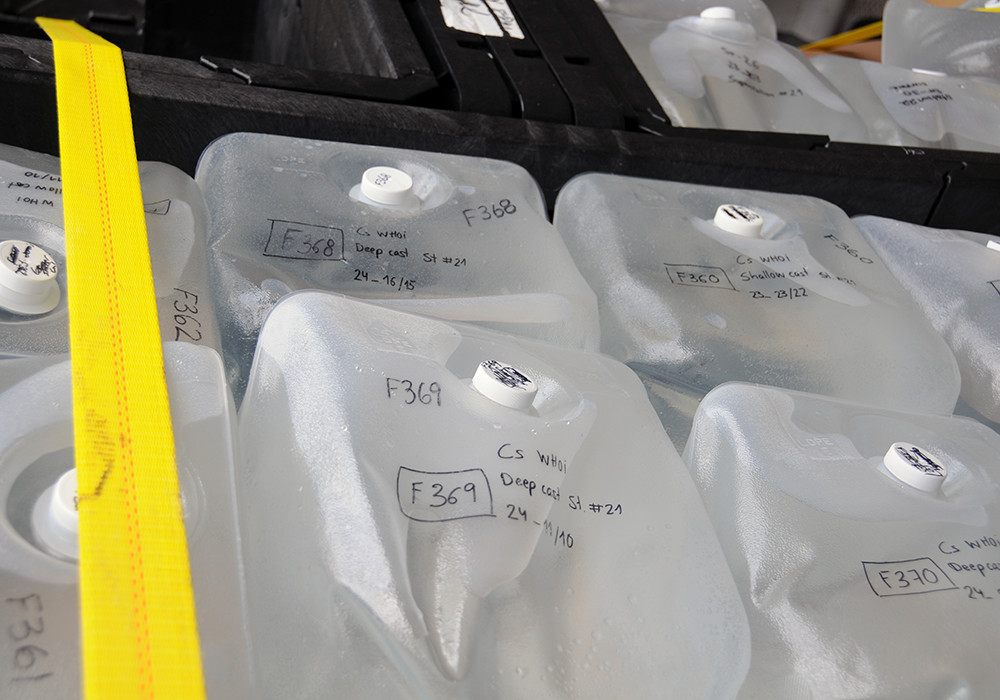 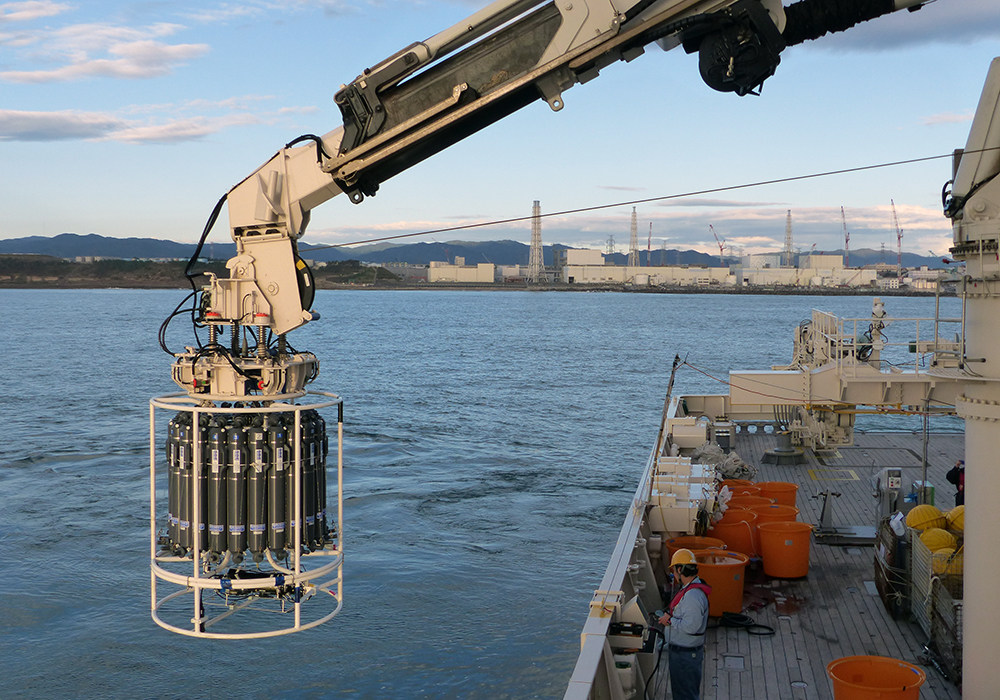 In the spring of 2011 a massive offshore earthquake in the northwestern Pacific triggered a tidal wave that devastated northern Japan. This natural disaster caused instabilities at the Fukushima Daiichi nuclear power plant that resulted in the release of radioactive particles. Some of this radioactivity went up into the atmosphere and some was discharged directly into ocean.

In the days following the March 11th tsunami, much of the atmospheric contamination that resulted from explosions at the power plant was deposited on the surface of the North Pacific. In early April 2011, the radioactive water from emergency cooling waters began to be directly discharged to the ocean.

Our group uses the radioactive particles (known as radionuclides) that came from the Fukushima accident as tracers to study the pathways and mixing of water in the North Pacific Ocean. 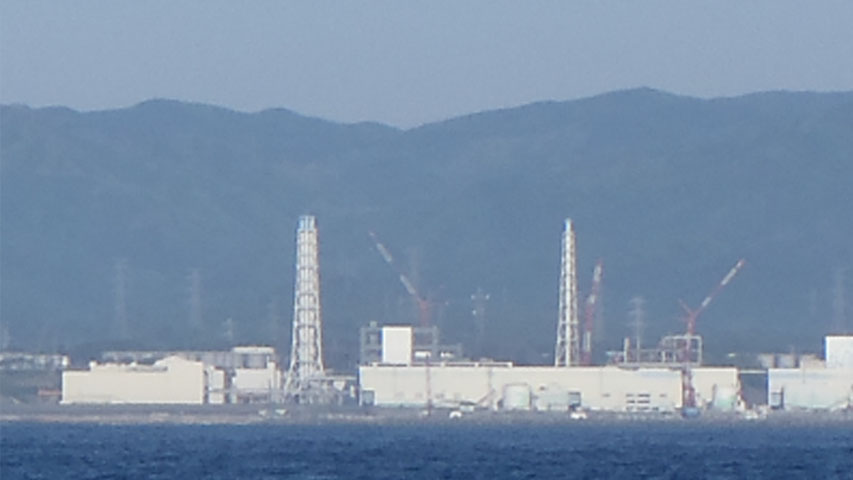 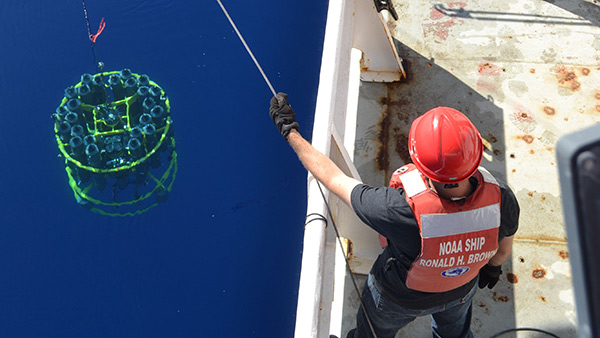 The project focuses on surface and profile measurements of cesium isotopes (137Cs and 134Cs) obtained from samples collected between 2011 and 2015.  MORE… 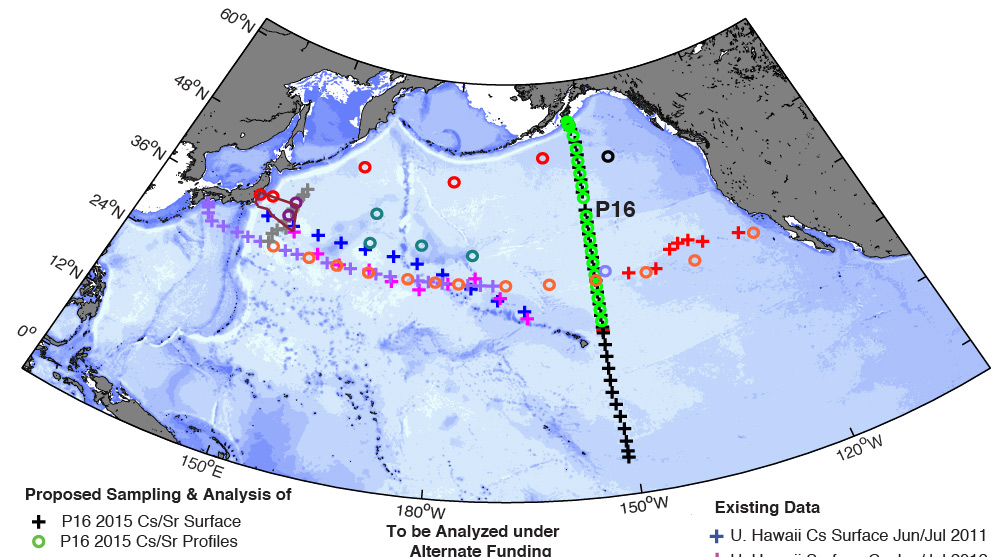 Our observation- and model-based results improve understanding the evolution and fate of North Pacific mode waters in both the far east and far wes.  MORE…