After the 2011 earthquake and ensuing tsunami, radioactive contaminants from Japan’s Fukushima-Daiichi Nuclear Power Plant entered the ocean just north of the fast flowing Kuroshio Extension Current. Earlier research has suggested that strong currents like the Kuroshio and its eastward extension act as barriers, separating the waters to either side. However, the depth to which such barrier effect extend is debated. The accidental discharge of radioactive contaminants provided an opportunity to investigate the vertical extent of the barrier effect. Two years after the accidental discharge, power plant radioactivity was found at depths of half a kilometer on the southern side of the Kuroshio Extension indicating that it must have crossed the frontal barrier (i.e. the current). But where? Using ocean current estimates from a numerical model, thousands of possible pathways that the contamination could have taken were investigated.

We found that the radioactive waters probably traveled below the ocean surface along and to the north of the current and were likely unable to cross for thousands of kilometers (about 1/3 of the way across the Pacific). This result suggests that even well below the surface, this current still behaves as a barrier. 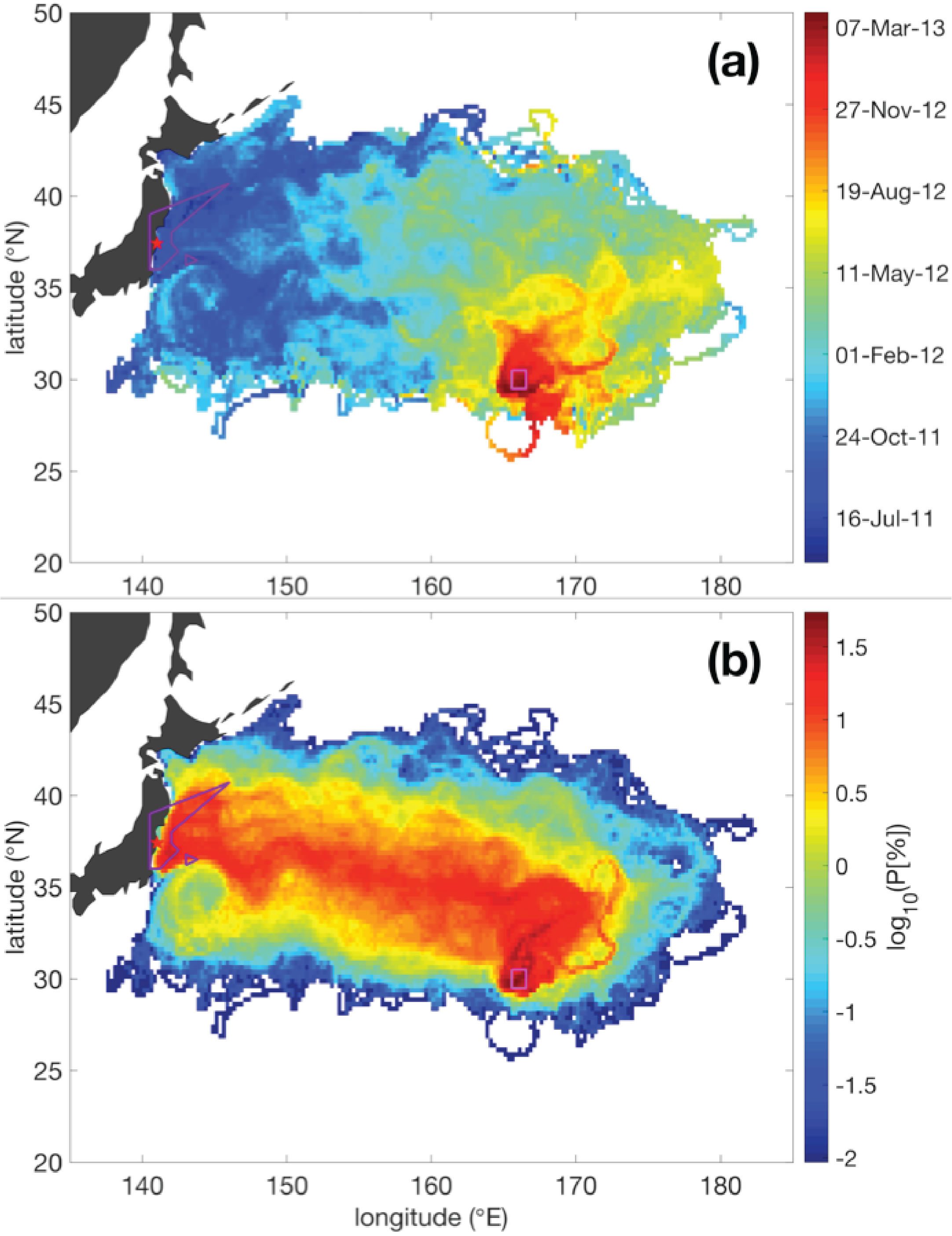