Alison Macdonald a physical oceanographer who enjoys going to sea and working with observations. Her research focuses on large-scale currents, transport of heat and carbon throughout the global ocean, and climate scale changes in water characteristics in the deep ocean. She is particularly interested in how deep currents move water properties that are changing with time around the globe. For this project she is looking to see what the cesium measurements in the eastern North Pacific can tell us about how the characteristics of ocean water once at the surface in the western basin are spread and mixed over a time-scale of 5 years. Ken Buesseler is a senior scientist in the Marine Chemistry & Geochemistry department and director of the WHOI Center for Marine and Environmental Radioactivity (CMER). His work includes studies of fallout from atmospheric nuclear weapon testing, assessments of Chernobyl impacts on the Black Sea, and examination of radionuclide contaminants in the Pacific resulting fro the Fukushima accident. He launched the Our Radioactive Ocean project, a citizen science sampling effort along the west coast of United States, to monitor the offshore Fukushima-derived radionuclides arrival off the US west coast and investigate the spread of the radionuclide across the Pacific and its evolving impacts on the ocean. Sachiko Yoshida is a physical oceanographer interested in the oceanic eddy dynamics and its interaction with circulation systems. She enjoys the sea-going opportunity to collect and analyze data for real-time oceanography. Using her own observations as well as those from variety of other sources she has been analyzing the spread of contamination along 30°N in the Pacific. Her current focus is understanding the processes responsible for the deepest observed Fukushima-derived radionuclides found at mid-depths (~600 m) in western Pacific two years after the accident. Irina Rypina is an associate scientist in Physical Oceanography department. She works to understand dispersion and transport barriers in geophysical flows using dynamical system theory and float observations. In this project, she has been conducting experiments using data from numerical ocean models to understand how parcels of water carrying Fukushima-derived radionuclides spread and disperse in the North Pacific.  As there are so few direct observations available for verifying the results of such numerical models Irina looked to another type of data. To provide an observational basis for comparison, she developed a statistical technique, which she has applied to surface drifter observations. This technique determines the probability that contamination can reach any particular location in the North Pacific as well as the timing associated with the spread. Steve Jayne is a senior scientist in physical oceanography department. His research interests include understanding and modeling the ocean’s dynamics and its role in Earth’s climate. He is also interested in studying the special role of western boundary currents in the general ocean and eddy-mean flow interactions within them.  His expertise in western boundary currents and eddies is particularly important for understanding how these dynamical ocean features affect the spread of Fukushima contamination. Steve Pike is a marine radiochemist who works on the sampling, analysis and evaluation of natural and artificial radioisotopes and trace metal contaminants in the environment including groundwater, aerosols and precipitation. He is an experienced sea-going oceanographer with expert knowledge of laboratory techniques for detecting radioisotopes. In this project, he is in charge of isolation and measurement of radiocesium in the seawater and sediment samples collected from coastal and open oceans. David Fertitta is a senior at Louisiana State University where he is working toward a B.S. in Coastal Environmental Science with a minor in Mathematics.  In the summer of 2015 he joined our project as a WHOI Summer Student Fellow.  His summer project investigated the potential spread of contamination within the North Atlantic from a hypothetical accident at power plant on the New England coast. With the assistance of Dr. Rypina, he extended the statistical technique she had used to look at the horizontal spread and timing of Fukushima radionuclides to make best use of the Global Drifter Program and NOAA Northeast Fisheries Science Center drifter data sets.  Read more… 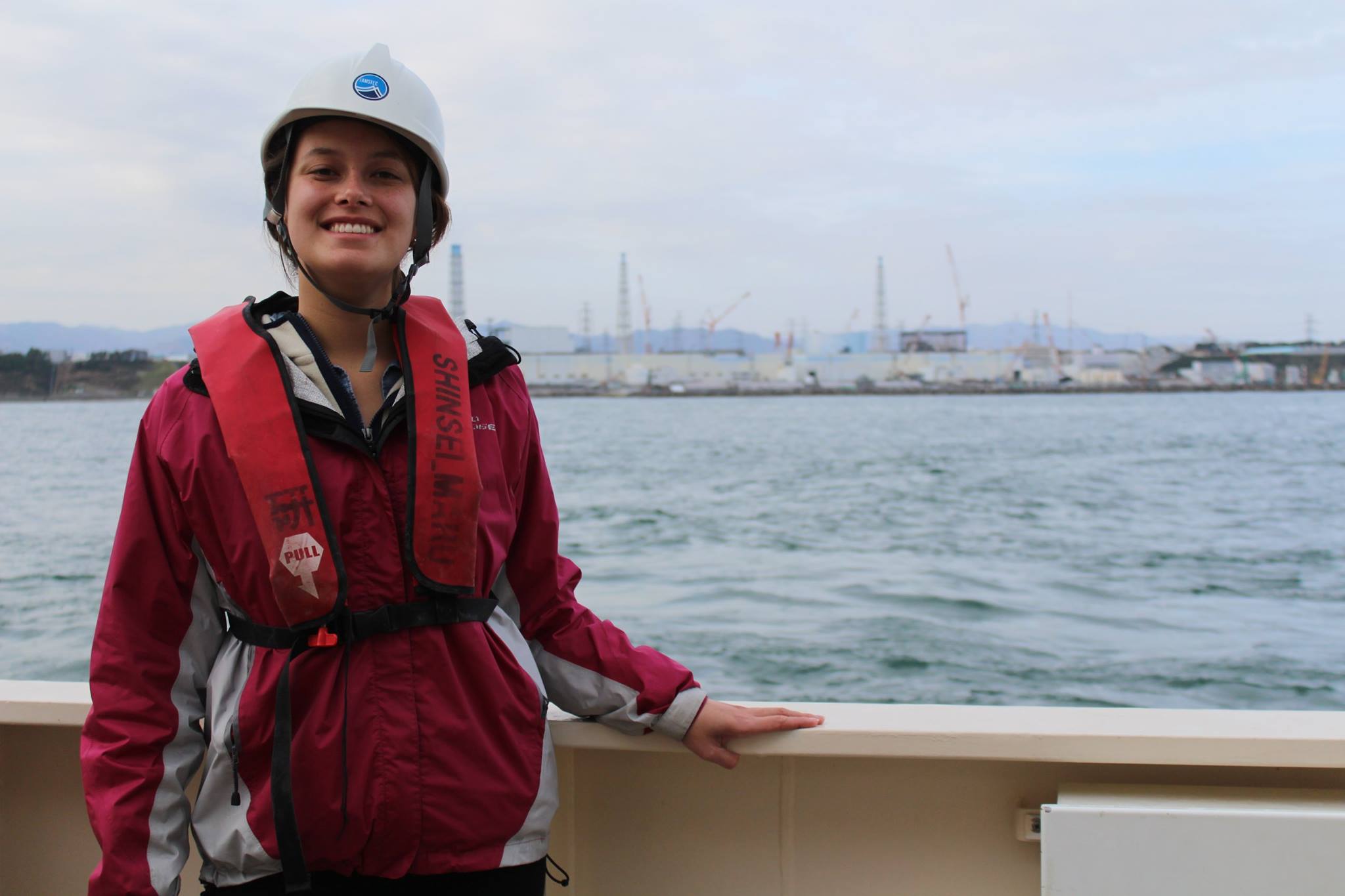 Jennifer Kenyon is a PhD student working with Ken Buesseler in the Marine Chemistry and Geochemistry department. As part of her early PhD work, she collected and analyzed seawater measurements of Fukushima-derived strontium-90, cesium-137, and iodine-129. She is particularly interested in identifying ongoing sources and release mechanisms of these radionuclides off the coast of Japan.