Some 400 measured samples cesium (137Cs and 134Cs)  obtained from the spring 2015 GO-SHIP occupation of the P16N 152°W line in the eastern North Pacific were employed to better understand the pathways, mixing and transport of mode waters formed in the North Pacific Ocean.  We found a clear Fukushima signal from the surface down to 400 m. In 2015, the core signal (134Cs ~10 Bq m-3, 137Cs ~12 Bq m-3) lay between 30−220 m between 41°-43°N where mode waters formed through deep winter mixing in the western North Pacific outcrop. The radionuclide signal transited the basin along subsurface mode water isopycnals before outcropping at the northern end and to the east of the 152°W line. 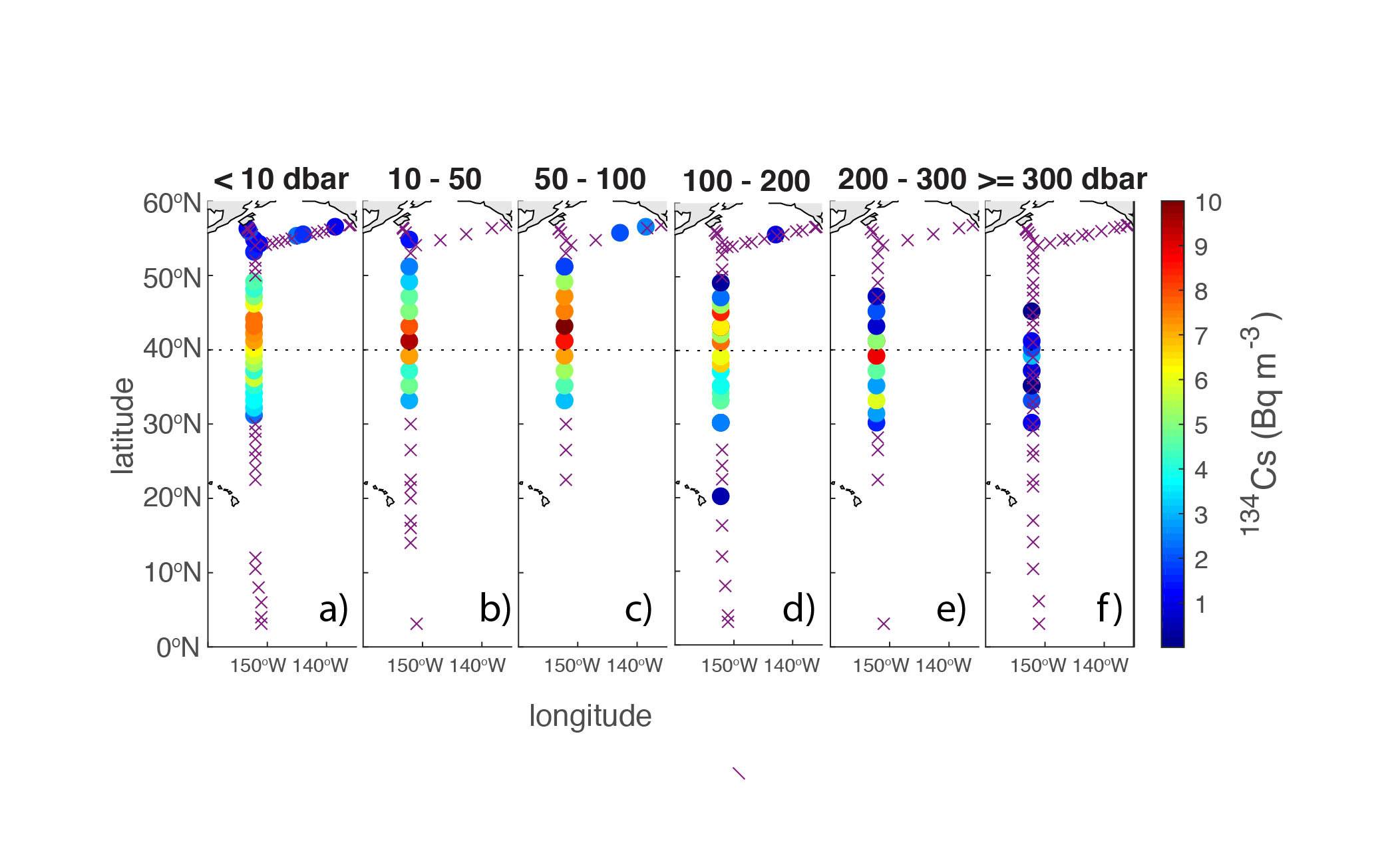 With the single exception of a sample near Hawaii, as of spring 2015, the southernmost Fukushima signal was found above 200 m at 30°N. The deepest detectable weapon’s testing background signals were found at and to the north of 45°N at 900−1000 m. 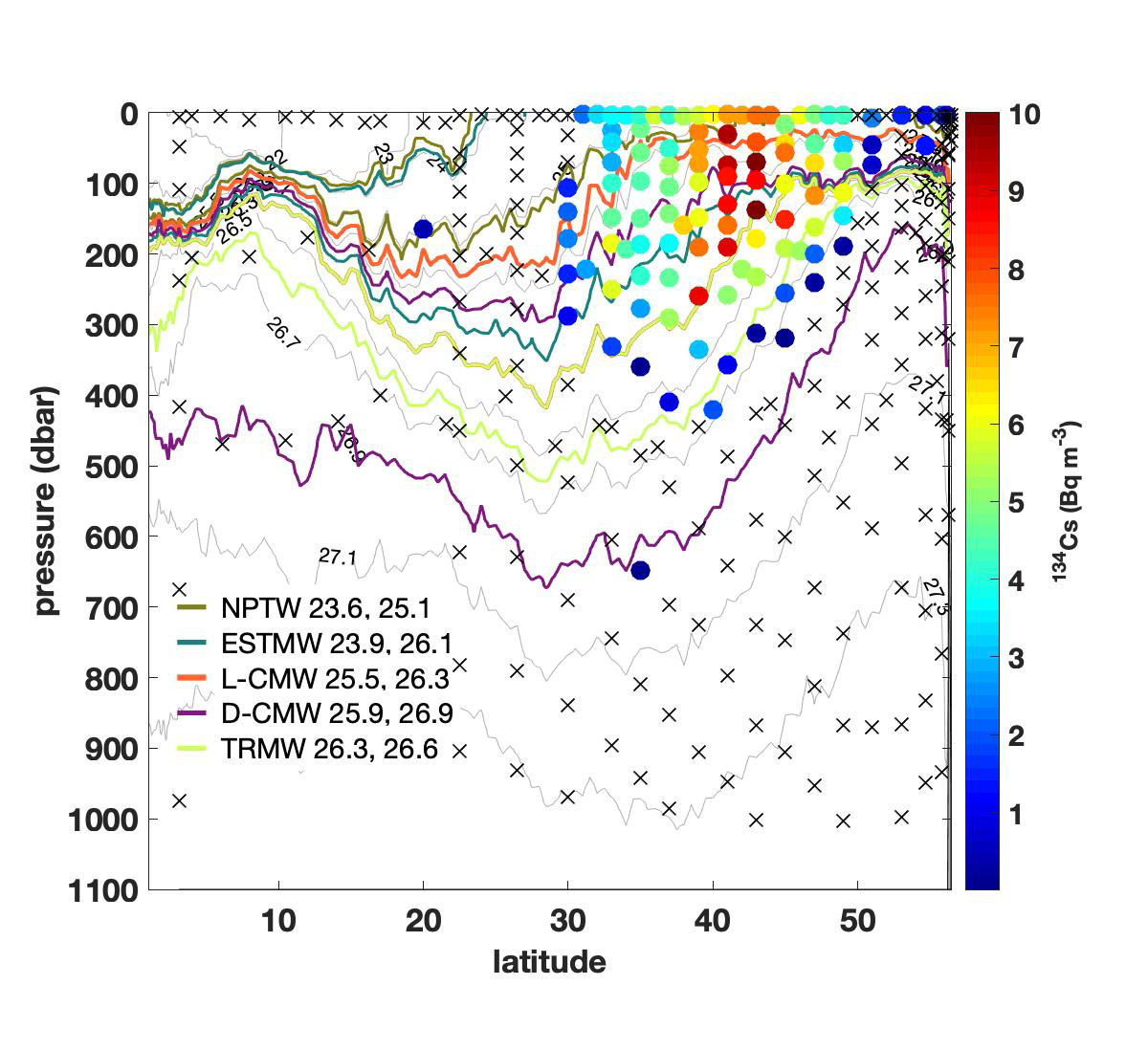 Comparison to model outputs show general consistency with a central location and predicted depth of penetration similar to observations. The spread in the model cesium distribution is broader in the latitudinal extent, particularly to the south where there is a second core of maximum activity not seen in the observations.