We have introduced a novel multi-iteration statistical method for studying tracer spreading using drifter data. The technique uses not only the tracks of the drifters that passed directly from location A to location B, but also those that passed from location A to some intermediary location X and were connect via other drifter tracks to B. The approach iterates through more complex levels (e.g. A to X to Y to B etc.). It never uses the same piece of trajectory more than once and stops when only disconnected remnants of trajectories remain. 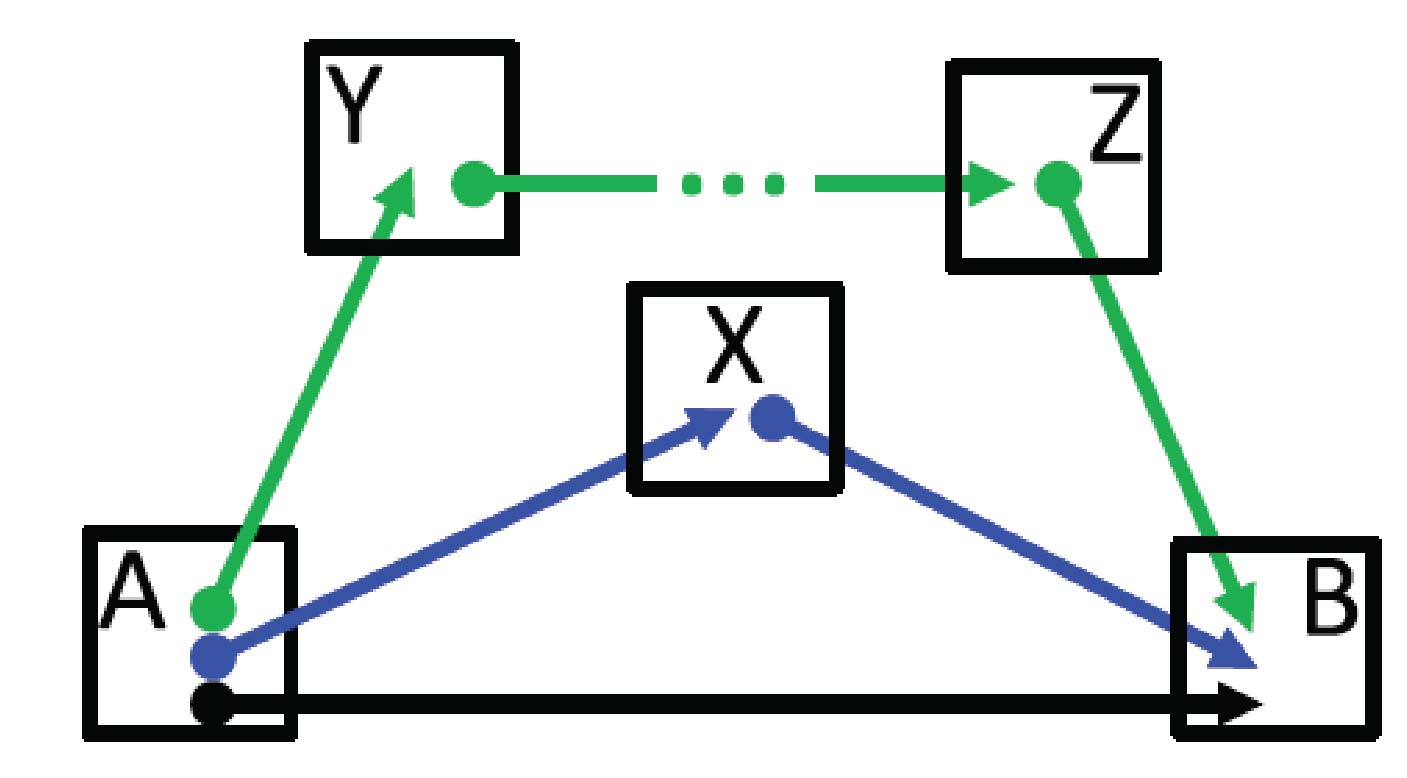 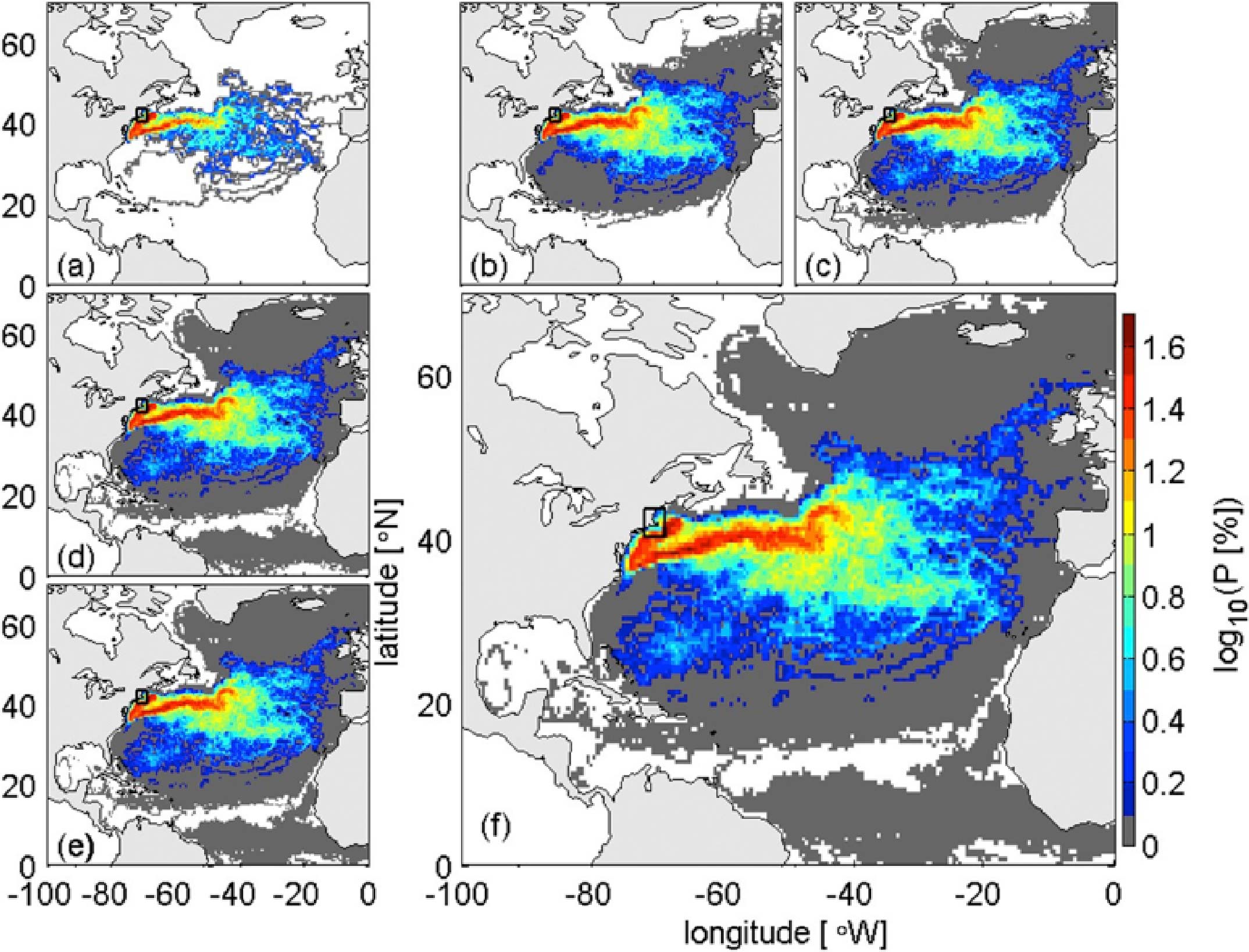 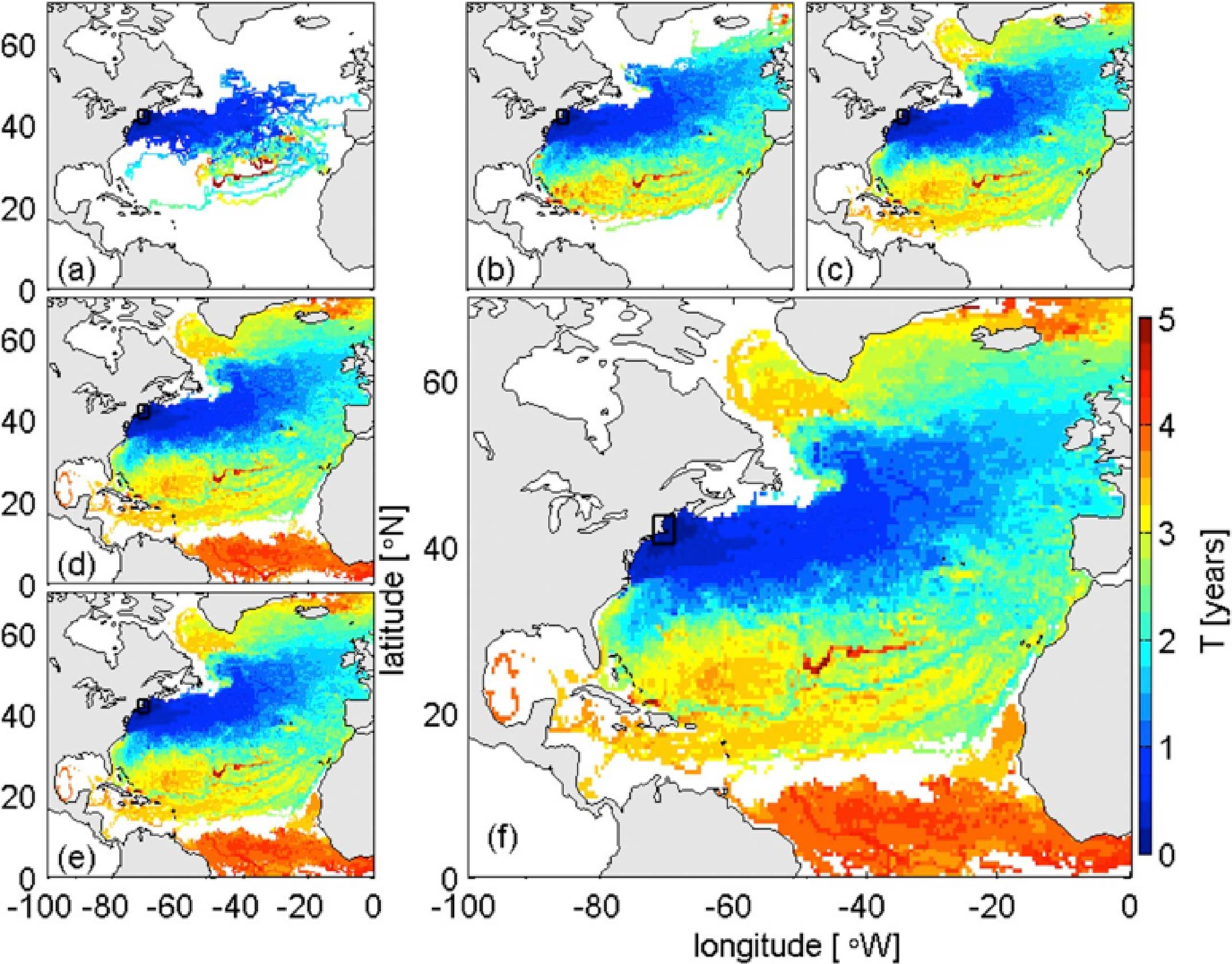 Here, panel (a) is the first iteration, (c) is the second iteration etc. through (f ) the sixth and final iteration when all useful trajectory information has been included. The technique was tested using real drifter data in the North Atlantic. Two examples were considered corresponding to sources in the western and eastern North Atlantic Ocean, that is, Massachusetts Bay–like (shown here) and Irish Sea–like (not shown) sources, respectively. In both examples, the method worked well in estimating the statistics of the tracer transport pathways and travel times throughout the entire North Atlantic.