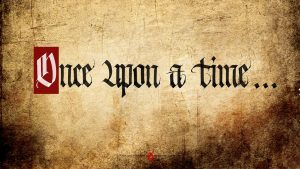 If you’ve ever been to/heard/read/seen/smelled even the most basic talks on science communication strategies the one thing you’ve probably been told (over and over) is to tell stories.

Perhaps I was born without the apparently universal intuition for what a “story” should be, but I always find it incredibly frustrating that many times the “you should tell a story” tip stops there. No details of what they mean by “story” or how one should tell this thing that will magically make our science more interesting.

At the risk of becoming a pro marketer for the Society for Integrative and Comparative Biology (SICB) conference, I will again share some of the insights I learned at the recent SICB conference, where lo and behold, there were actually people (from Pixar Studios no less!) who explained what it means to “tell a story.” The novelty! They had a lot of wisdom to share, but in the interest of not losing your interest, I’ll just focus on what I found most helpful. 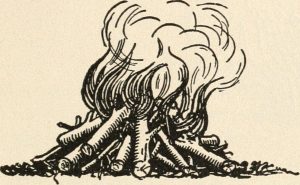 Perhaps we’re not all born with a natural talent for sitting around a bonfire telling mystical tales, but in general we humans are pretty good at feeling emotions. As much as we like to think, and as scientists, we think a lot, that we’re rational beings, truth is we’re pretty emotional.* So, it stands to reason (or just instinct), that the most basal way to communicate with others is to tap into those emotions.

One of the talks started with a Pixar animator explaining the story behind La Luna, a Pixar short. He told us about the characters, three fishermen – a son, father, and grandfather – and their dynamic, their hopes, fears, struggles. He then went into a very detailed, very technical, explanation of how the Pixar animators had designed the boat the characters use in the film. And guess what? The whole audience was riveted, dying to know how in the world they decide on a color palette for the boat. A color palette! Then he stopped and asked, “Do you know why you’re all so fascinated by what color palette we chose? Because I told you about the characters first!”

The lesson: start with the characters! If you get an audience hooked on the character(s) you can give as much ‘mundane’ detail and they’ll still be interested. Stop communicating science as if it were just something you witnessed as opposed to the gut-wrenching, hair-pulling, emotional roller coaster that it often is.

In the realm of science, often time passivity is king. Data are analyzed, measurements are taken, and conclusions are drawn, all by some diligent, disembodied, brain with hands that thought it would be a brilliant idea to measure the respiration rate of hundreds of individual millimeter-long larvae in the dark. But the thing is, passivity doesn’t breed stories, because stories above all else need characters, active characters that do and feel things.

So, what would be a better way of communicating that study? Have people doing the work! Put yourself in your stories! Talk about how you also needed to engineer a three-foot-long coffee straw so you could keep yourself awake without having to step in and out of the room and disturb your subjects. How during one trial your head lamp battery ran out and you fumbled around for 15 minutes trying to find the door. How later on when you looked at the data you had a moment of euphoria at seeing just how perfect it all looked, then later on that night you dreamt of winning your first Nobel… whatever it might be, but have a character and have them feel and grow while they do the work. 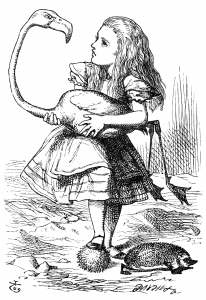 If stories should have characters, then you might be wondering, what makes a good character?

The folks from Pixar found that balancing extraordinary with ordinary is perhaps the most important aspect. Characters should be relatable enough to draw the audience in, but different enough to make them intriguing. Even superheroes have weaknesses.

Another way to learn how to tell good stories is to think about what stories have impacted you. One exercise they had us do during the talk was to think about three of our favorite stories. These could be movies, books, fairy tales, comics, etc. Then to think about what they have in common with each other. For instance, do they all have an underdog character? Or are they all family-focused? Or do they all have a character who loves to solves problems? Then to think about how these stories connect with your work, be it your particular study system/organism/question or just being a scientist in general. Could you use those connections to tell others about your work in a more compelling way? Probably, definitely.

I found this exercise to be incredibly insightful, both on a personal level and a communication level. Turns out, I like stories with strong problem-solving themes. Guess being a scientist, is a pretty good fit for me, even if the details of Pixar’s processes really made me question if I should give it all up and try to become an animator instead… I’d probably be awful, though you can probably take a look at my sketchnoting blog and judge for yourself.

If I do stick to this scientist path, at least now I feel that I can relate my journeys, struggles, and discoveries with a bit more pizzazz. There were far more tips and strategies and even other talks on this topic at the conference, so if you want to find out more, check out the symposium page, or an array of sketch notes on the different talks!

… and once they did, they lived happily ever after swimming in piles of grant money and Nobel prizes.

*If you really want to convince yourself of this, watch this video of two triangles and a circle moving around, then ask yourself if these purely Euclidean transformations invoked any emotions in you.