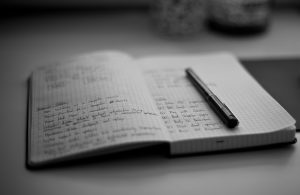 Shortly after ringing in the New Year, I headed to San Francisco for the annual meeting of the Society for Integrative and Comparative Biology (SICB), where scientists gathered to share their most newly acquired knowledge about the behavior, genetics, locomotion, evolution, metabolism, and many other aspects of just about every branch of the tree of life. If it’s an organism that does anything, there was probably someone at this conference who was trying to figure out how or why.

It was a large conference, with a ton of concurrent sessions, workshops, events, etc. Fighting jetlag and the pain of having paid for a way overpriced latte, I sat through a variety of talks the first morning, from whether stress hormones are really stress hormones, to the divorce rate in blue-footed boobies (these awesome seabirds). Like a diligent conference attendee, I tried to take notes of the most interesting points but at times it was hard and my mind would drift off nervously to my upcoming talk or trying to remember a similar study elsewhere, or just, like, puppies and cake…

SICB had arranged quite a few interesting workshops during lunchtime, one of which was on something called sketchnoting. I didn’t really know what sketchnoting was, but had heard from some fellow attendees that last year’s sketchnoting workshop had been really good, so I headed over to check it out. You can probably guess by now that there is something profoundly amazing about sketchnoting or else I wouldn’t have decided to blog to about it, and indeed there is. So, let me tell you about it through a sketchnote, (yea, I went the meta route): 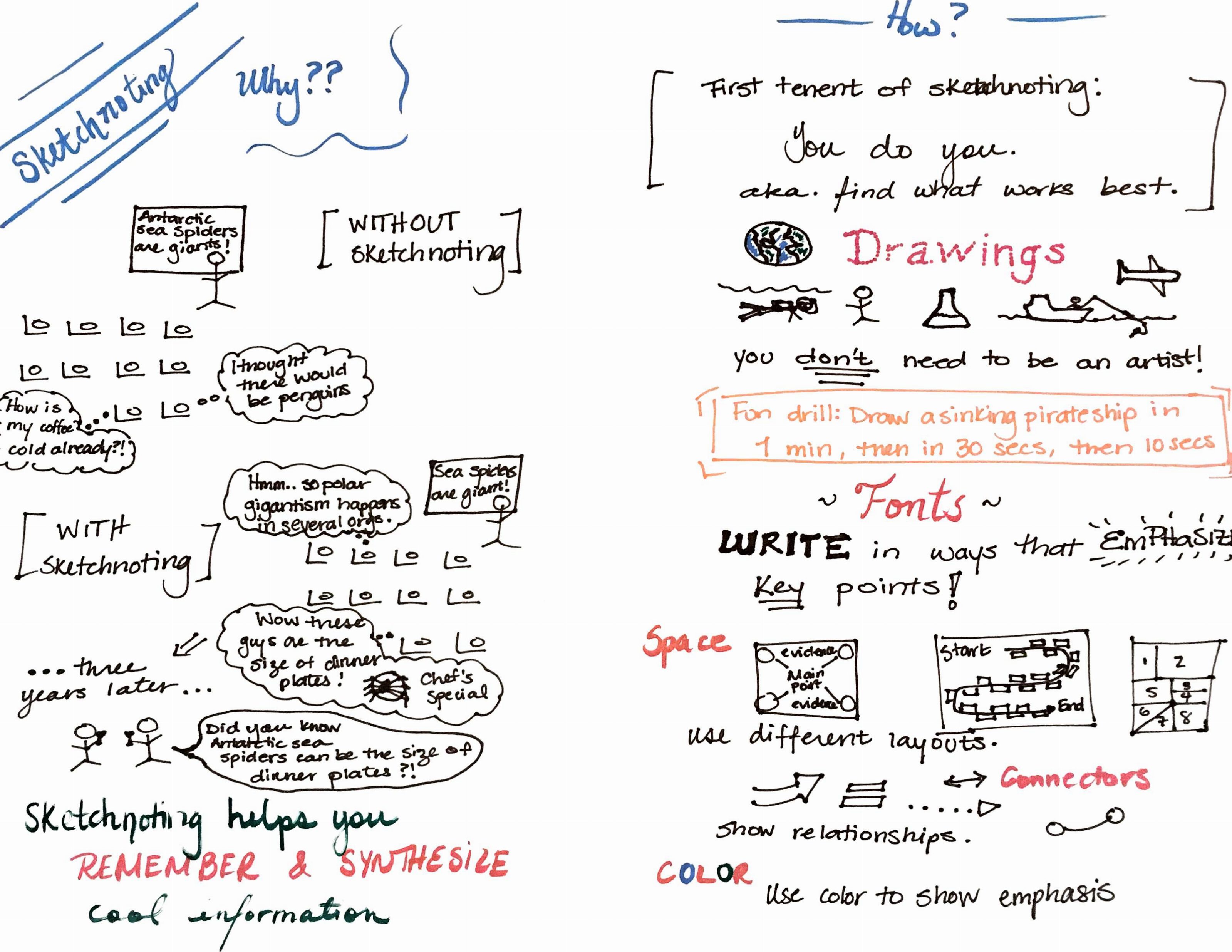 The workshop was led by, Shayle Matsuda, a graduate student who adopted this technique as way to become more engaged at conferences. We learned, that first and foremost, sketchnoting is meant to help you, so you should find what works best. You don’t have to draw everything for it to be a sketchnote. Some folks find that just spatially organizing their written notes, or using different colors, fonts, etc. can be enough to help them remember better. It’s all about “ideas, not art.”

If you do want to try to draw some things though, one of the most valuable insights during the workshop came from this short drill: we had 1 minute to draw a sinking pirate ship, then 30 seconds, and then he gave us 10 seconds to draw yet another sinking pirate ship.

The point? Stick to the minimal information you need to convey the message. Drawing while someone is trying to cram a year’s (or a dissertation’s) worth of research into 12 minutes is not going to leave you much time for intricate details. If the speaker has done a good job of showing visuals, graphs, etc. make simplified sketches of those instead of trying to reinvent the wheel.

After learning to sketchnote, I tried my hand at it for the rest of the conference talks. Spoiler: I remember all of those talks much much better, and now I also have fun notes to go along with them. Give it a shot next time you’re at a seminar or even just studying for a test! You might be pleasantly surprised at how effective it is.

Check out Shayle’s twitter feed which is full of awesome sketchnotes he’s taken during SICB and other previous conferences. There’s also a lot of resources for perfecting your sketchnoting out there. Here’s a few from my search: