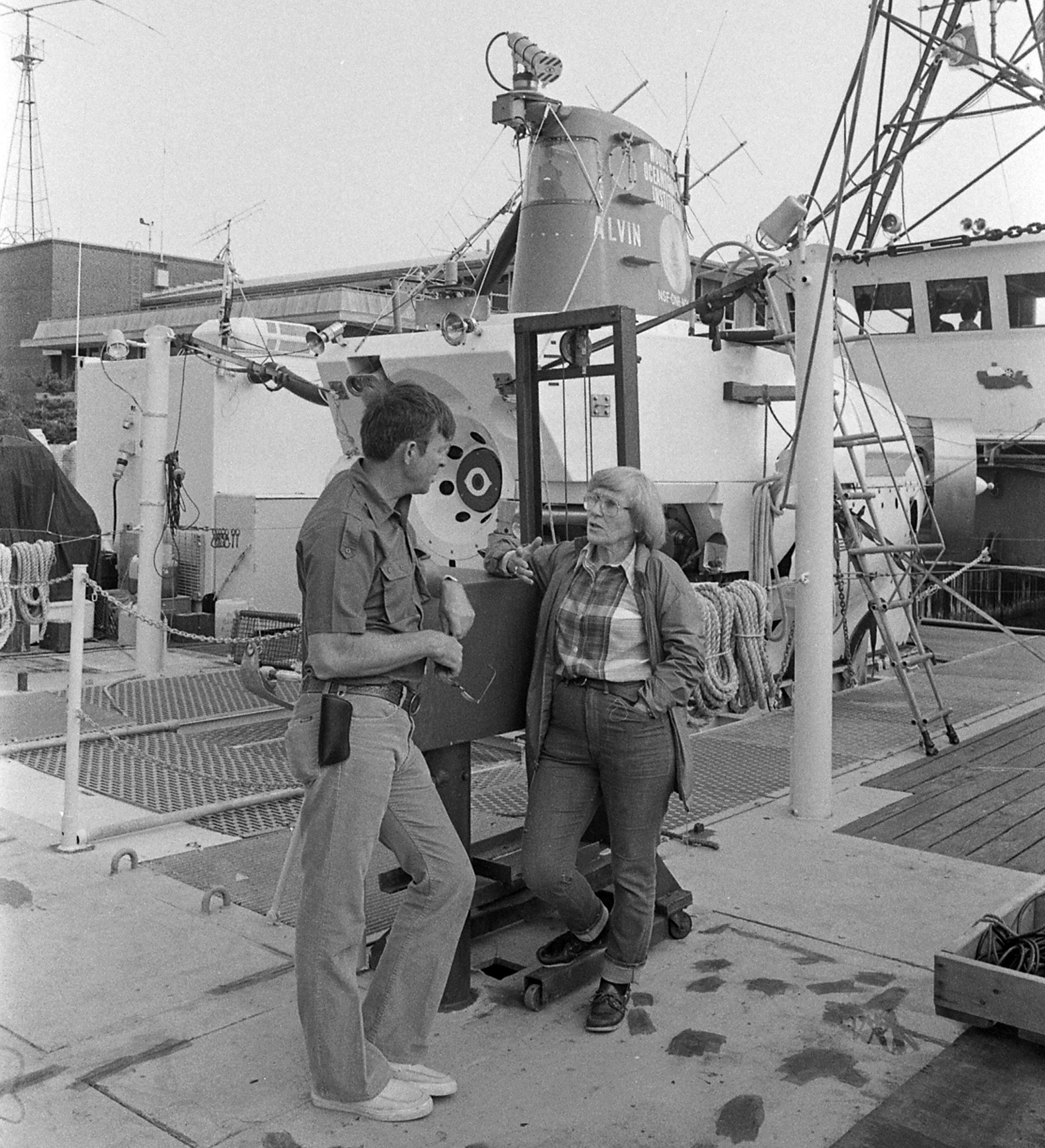 This Friday the 13th marks the 50th anniversary of Ruth Turner's dive in Alvin, the first time a female scientist planned their own scientific mission with the submersible––following the first woman passenger, Betty Bunce, who dove in the submarine in 1965. A world-renowned malacologist (someone who studies shellfish), Dr. Turner used Alvin to figure out why the Titanic had deteriorated so rapidly––a process later determined as the work of wood-boring bivalves called teredos. Turner became a full-time professor at Harvard University in 1976 and continued to dive in Alvin throughout her career. She was recognized by the Boston Sea Rovers as "Diver of the Year" in 1972 and with WHOI's "Woman Pioneer in Oceanography" award in 1996.