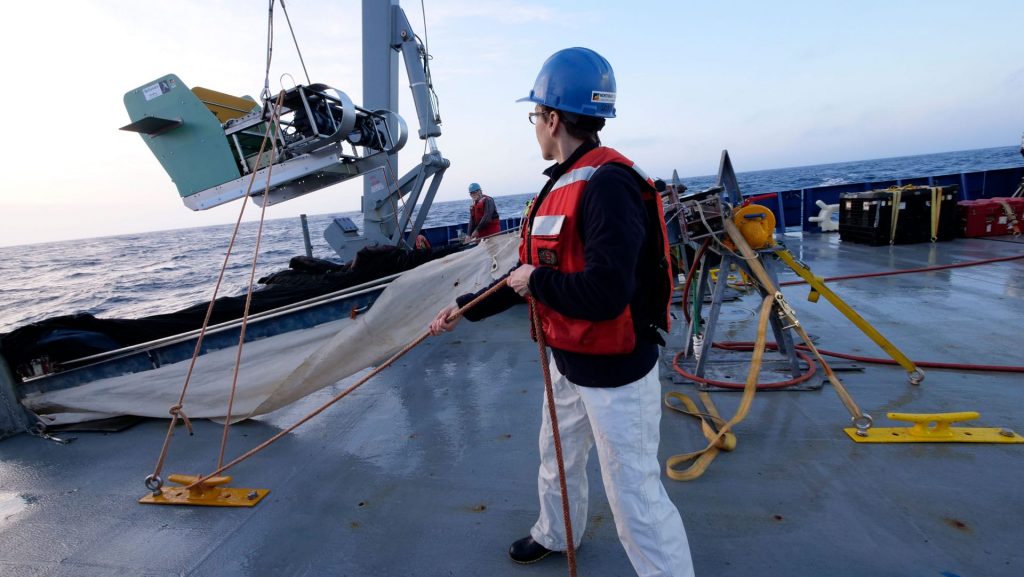 The story of women at sea on WHOI ships began quietly in the early 1950’s when the wives of researchers were allowed on ships with their husbands, but not as a science equal. Today, there are many high profile WHOI projects led by woman, including a multi-disciplinary effort to explore, understand and raise awareness of the ocean twilight zone with WHOI Senior Scientist Heidi Sosik as the science lead. WHOI is committed to equality and inclusion, and continues to honor the contributions of female scientists and engineers whose work inspired change and broke through gender barriers.