Today, Arabs primarily inhabit the 22 member states of the Arab League. The Arab world stretches around 13 million km2, from the Atlantic Ocean in the west to the Arabian Sea in the east and from the Mediterranean Sea in the north to the Horn of Africa and the Indian Ocean in the southeast. This region is incredibly diverse and includes a wide variety of customs, language dialects, architecture, art, literature, music, dance, media, cuisine, dress, society, sports and mythology.

To learn more about the diversity of the Arab world and to better understand Arab identity and culture, visit the National Arab American Foundation website: https://arabamericafoundation.org 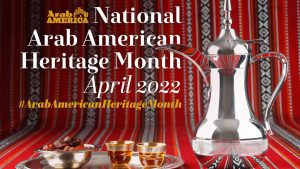