“We believe in the power of research to improve the world. Sharing the fruits of research is a multiplier effect on that power of research. Open access is about increasing that multiplier, and much more.” These words by MIT Open Access Task Force undergraduate representative Herng Yi Cheng kicked off the 2018 Open Access Hackathon at MIT. As a computer science novice, I at first wondered if I could ‘hack it’ at an MIT-level hackathon upon receiving the invitation email for this event. Given my recent and growing interest in the Open Access movement, however, the timing of this event seemed fortuitous. Thus I took the plunge and registered for the opening talks on Friday. 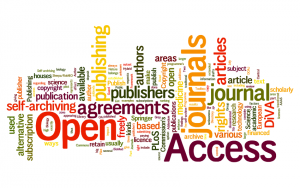 Upon arriving in the conference room, I was impressed by the diverse problems and projects proposed by students and presented on posters around the room. This dedicated group of students and faculty sought to attack issues of scientific accessibility from all angles, and many teams sought diverse skill sets, more than just computer science as I had originally expected. The idea behind the ‘hackathon’, was to hear talks, propose ideas, then break into groups based on interest and spend the following day designing solutions. 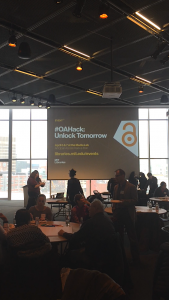 Cheng, our opening speaker, introduced his initial exposure to the open access issue. “In High School I read that the well-known mathematician Timothy Gowers had initiated a boycott of the publishing company Elsevier, a movement called ‘The Cost of Knowledge’. At first I had no idea why an academic would boycott a distributer of scientific papers. I thought the dissemination of knowledge was a good thing, right?” said Cheng. The Cost of Knowledge movement recognized that publishing companies charge exorbitant prices both for scientists to publish and for citizens to access published content. In the past when editing, copying, and disseminating written works took more time and effort, publishing companies served the valuable function of typesetting, printing, and physically distributing articles. Now, with cheap and instant computerized typesetting programs, internet access, and ability to infinitely copy and share content, publishing companies can earn gross margins on revenue of over 33%. The purpose of our event, organized by the MIT OA Task Force, was to discuss the cultural, economic, and scientific underpinnings of the scientists/publisher relationship.

Our next speaker was Chris Bourg, director of MIT Libraries. She transitioned from her prior job as Associate University Librarian at Stanford University in sunny California largely because of MIT’s strong leadership in scientific openness. As it turns out, MIT has a long history of advocating openly available science. According to Bourg, MIT is unique among universities in that the dissemination of research is specified in its mission statement. In her role, Bourg has overseen exciting advances in OA at MIT Libraries. “I have long admired MIT’s commitment to openness, inclusion, and innovation,” she asserts. While already a world leader, MIT presses forward and considers making lab procedures, lab notebooks, and even techniques that did not work available online to further accelerate scientific advancement. One caution to OA presented by Bourg is that an opening of knowledge from wealthy, global-north universities could swamp and outcompete contributions from scientists in less privileged universities and the third world. The ramifications of system-wide change certainly require care and consideration at every step, making interdisciplinary discussions on the cultural shift of open access increasingly important. 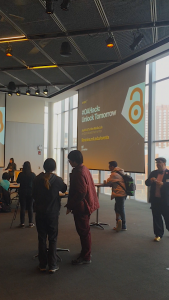 Our second speaker was Roger Levy, an associate professor in the Department of Brain and Cognitive Science who explained social norms in scientific publication, the so-called ‘author inertia’ facing the OA movement. Researchers, despite best intentions to make findings widely available, may experience a ‘misalignment of values and norms’ in their hierarchy of considerations for publication. Such considerations include reputation of the journal, publication fees, quality of peer-review process, and finally, audience size (a function of a journal’s reputation and its cost to access). An early-career scientist will likely aim for top-notch journals such as Science, Nature, or PNAS to resume-build on the track to tenure. Even tenured scientists have strong incentive to direct graduate students to patronize large, private journals because they want their graduate students to succeed.

The consequence of pressure to compete for high-ranking journals is part of what drives the monopoly on scientific papers by a few large journals. Through the 1900s, the US has gone from having 40 major publishing companies to 4. As Harvard copyright lawyer Kyle Courtney explained, increasingly strict copyright laws have turned even well-meaning scientists into pirates. He highlighted one particularly unfortunate case in which a doctoral student was threatened with jail time for sharing a part of his dissertation. To dismantle such systems that control and monopolize personal work, Courtney encouraged grassroots organization for the ‘law of non-exclusive licensing.’

The scientific community is slowly making the OA transition, with increasing awareness and more useable and reputable OA frameworks. MIT continues to take a strong lead. The university has OpenCourseWare, meaning all course materials are available online. Plus, in 2017 MIT adopted an opt-in license, meaning any MIT scientist can opt to have their papers published open access in the MIT catalogue. It is a considerable source of pride for the MIT Libraries that 10 million files have been downloaded by scientists and citizens from this catalogue since 2017. As Chris, the MIT Libraries Director, aptly explained, people consult scholarly knowledge to improve quality of life. Research solves urgent global challenges such as clean water, energy, inequality, healthcare, food shortages, disease, biodiversity loss, and climate change. Access to knowledge accelerates every step of the problem solving process. Realizing a future where cultural knowledge is a public good will require scientists making the rules and framework, and increased awareness through an individualized grassroots movement. 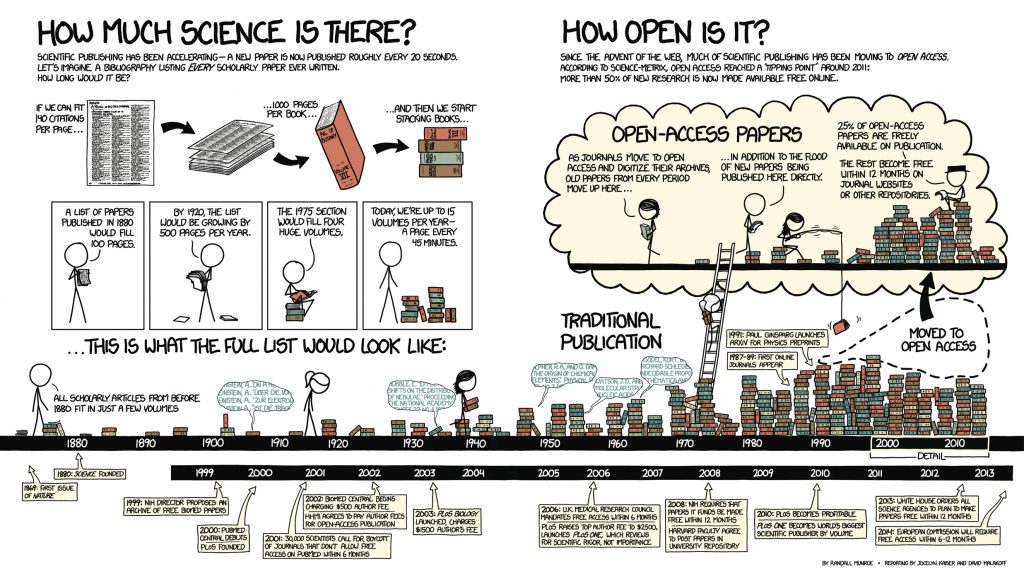