Dr. Dawn Wright is a leader in ocean exploration, marine geology, and marine geography. She pioneered the application of Geographical Information Science (GIS) to seafloor and ocean mapping, which transformed the capacity and capabilities of ocean sciences. She has worked with the scientific and environmental communities worldwide to utilize GIS for ocean, seafloor, and coastal mapping, and to analyze terrains, ecosystems, and habitats. Her own ocean exploration includes over 20 research expeditions on sea-going research vessels, as well as three dives in the submersible vehicle ALVIN and two dives in Pisces V. These experiences awarded her the nickname “Deepsea Dawn” in the Oceanography community. She has authored or co-authored more than 150 articles and 10 books on marine GIS, hydrothermal activity and tectonics of mid-ocean ridges, and marine data modeling. This includes Marine and Coastal Geographical Information Systems, one of the first books on marine GIS. Wright has been awarded abundantly for her mentoring and contributions to science, including an NSF Early Career Award, a Fulbright Grant, Geosciences Innovator Award, and Oregon Professor of the Year. She is a Fellow of many prestigious groups, including the Explorers club, AAAS, GSA, and Stanford University’s Leopold Leadership Program. 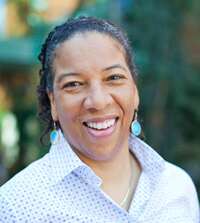 Wright’s passion for the ocean started during her childhood in Hawaii. In pursuit of a career studying the ocean, she earned a B.S. in Geology from Wheaton College, where she graduated cum laude, and an M.S. in Oceanography from Texas A&M University, where she studied Marine Geophysics. Between her masters and doctoral programs, Wright worked as a marine technician for the Ocean Drilling Program, where she participated in 10 legs aboard the JOIDES Resolution. She completed her Ph.D. in Physical Geography and Marine Geology at the University of California, Santa Barbara, where she began her career applying GIS to seafloor mapping. After getting her Ph.D., she was a post-doctoral research associate at NOAA. For 17 years following, she was a professor of geography and oceanography at Oregon State University where she built the GIS program for the university and mentored 24 doctoral students (4 as their primary advisor), 85 masters students (31 as primary advisor), and 1 Honors B.S. student in GIS research. Currently, she is the Chief Scientist at the Environmental Systems Research Institute (Esri), a world-leading GIS software and Research and Development company. In this role, she works with the CEO to strengthen the scientific foundation for Esri software and services, pushing the boundaries of what the software can do, especially for ocean sciences. Dawn also maintains an affiliated faculty appointment with Oregon State.

One of Wright’s lasting contributions to oceanography is her leadership in the application of GIS to seafloor and ocean mapping. At the time Wright was pursuing her Ph.D., very few people were using GIS for ocean applications. In collaboration with leaders in marine geography and marine geology, Dr. Raymond Smith and Dr. Rachel Haymon, Wright started her career of ocean mapping innovation with her dissertation work, in which she used GIS technologies to understand the connection between marine plate tectonics, volcanic eruptions, and hydrothermal vents on the East Pacific Rise. While at sea collecting data for this work, she had the opportunity to take her first dive to the ocean floor in Alvin, which is operated by WHOI’s National Deep Submergence Facility. Through Alvin’s small porthole, Wright observed the aftermath of a seafloor volcanic eruption, hydrothermal venting and associated deep-sea life, becoming not only one of the first observers of this seafloor environment, but also the first African American woman to dive in the vehicle. Wright’s work on the East Pacific Rise strengthened our understanding of the relationship between mid-ocean ridge volcanism, tectonics, and hydrothermal circulation that influence the occurrence and distribution of marine organisms around deep sea hydrothermal vents.

Wright has also contributed a body of work to mapping and analyzing marine ecosystems and habitats. She has a keen interest in benthic terrain and habitat characterization, and how seafloor mapping efforts can aid conservation efforts. Her research in this field has been particularly impactful for American Samoa, a small archipelago of five islands and two coral atolls and the only U.S. territory south of the equator. This area was of interest to Wright because it was home to Fagatele Bay National Marine Sanctuary, the smallest, most remote, and least explored offshore Marine Sanctuary. Here she made bathymetric maps of the area, discovered new seamounts, and classified benthic habitats. She has also worked closely with the local American Samoan community to provide them with a GIS toolkit that included her bathymetric surveys to aid in their coral monitoring and protection efforts. In part because of her team’s research, the GIS tools they built, and the outreach they conducted, the Marine Sanctuary was expanded and renamed the National Marine Sanctuary of American Samoa!

As Esri’s Chief Scientist, Wright continues to steer oceanography toward new horizons. She leads the team of Esri scientists and engineers to push the boundaries of what GIS can do for ocean sciences, with applications for industry, academia, and the public. Recently, she has been a key leader in Esri’s effort to develop a full-volume (3D) ocean map. This map will connect the ocean surface, water column, and the seafloor by dividing vertical columns into ecological marine units, volumetric regions of ocean with properties most likely to drive ecosystem responses. The visualization, representation, and categorization of this global 3D data is driving forward Oceanography’s ecological monitoring and informing efforts to benefit ocean sustainability.

Outside of her research contributions, Wright has impacted policy by serving on national and international advisory boards, such as the National Academy of Sciences Ocean Studies Board, Science Advisory Boards of NOAA and the EPA, the Science Advisory Council of Conservation International. Wright is also an avid science communicator, reaching out to the public and to youth interested in STEM through countless platforms, including Twitter and Instagram (@DeepseaDawn). She has been interviewed by dozens of organizations, where she shares her experiences as an ocean explorer and knowledge about ocean sciences. Many of her interviews and articles written about her can be found as attachments in her well maintained webpage, The Cyberworld of Deepsea Dawn.  Her outreach efforts have inspired countless youths to take an interest in our planet and engage in ocean conservation.

Dr. Dawn Wright has had a profound and widespread impact on Ocean Sciences by pioneering the application of GIS to marine mapping and continuing to push the boundaries of the field today. Equally as impactful as her many scientific contributions to Oceanography, she is a strong advocate for ocean exploration and conservation, for diversity in Geosciences, and public outreach. Deepsea Dawn’s work towards understanding the oceans will have a strong and lasting impact on the world.