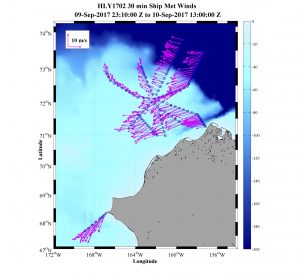 True wind speed/direction along survey sections north of the Bering Strait. Wind vectors show the direction that the wind is blowing towards. 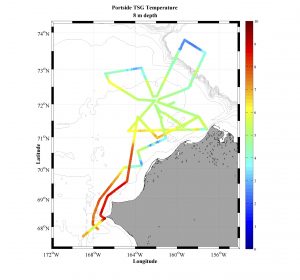