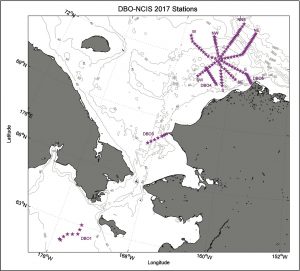 Station map for the HLY1702 cruise

A total of 141 CTD casts were occupied on the cruise, comprising 12 sections (See cruise report). The instrument package consisted of a Sea-Bird 911plus CTD measuring temperature and conductivity (dual sensors), pressure, oxygen, beam transmission, fluorescence, and PAR. This was mounted on a 24-position rosette with 10 liter Niskin bottles. An altimeter was used to bring the package approximately 2 m above the sea floor on the shelf stations (5 m in rough weather), and approximately 10 m above the sea floor on the stations seaward of the shelfbreak. Water samples were taken every 10 m on the shelf, including at the bottom of the cast, just below the surface, and at the subsurface fluorescence maximum (when it was present). For the two transects extending into the basin, the depth of the CTD casts was limited to 500 m except for the two endpoint stations and an additional station on the Northeast line, which were full-depth casts (See cruise report). Bottle salinity samples were taken at the bottom of most of the shelf stations (usually in a bottom mixed-layer), and over a range of depths at the deeper stations.

The overall CTD data quality was excellent. Downcast 1-db pressure-averaged files were produced following each cast. At the conclusion of the cruise a small number of density inversions were interpolated over, and the salinity data were calibrated using the deep bottle measurements. The resulting accuracy is 0.002 for both the primary and secondary sensors (see the CTD calibration report). 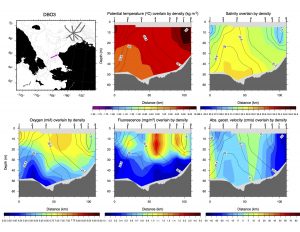 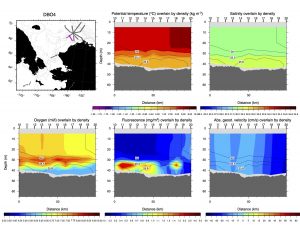 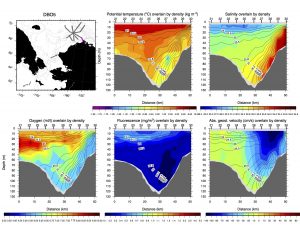 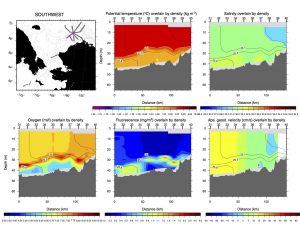 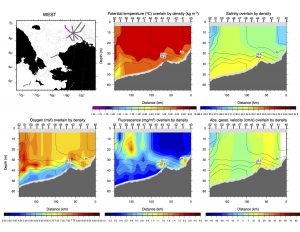 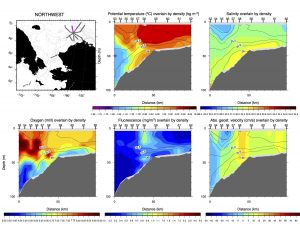 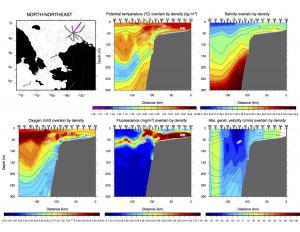 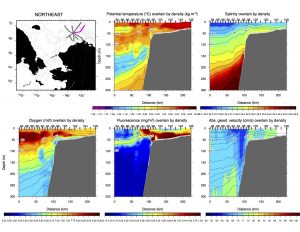 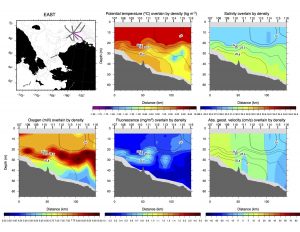 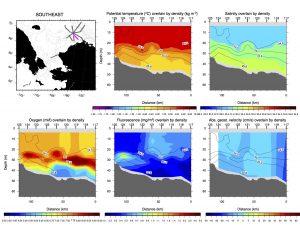 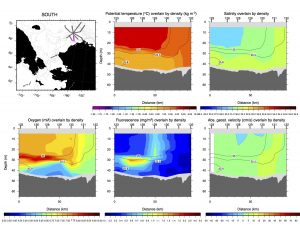 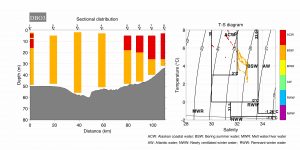 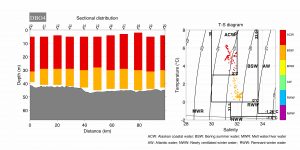 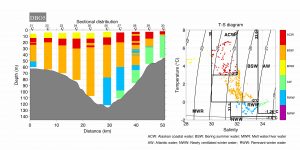 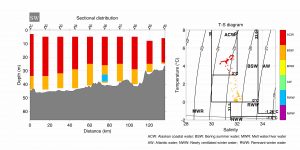 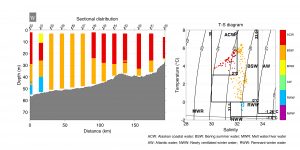 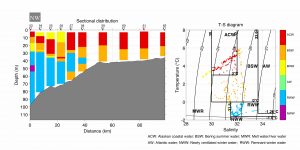 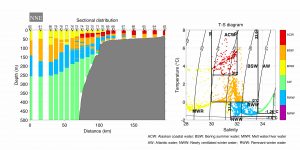 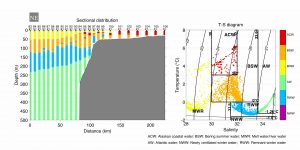 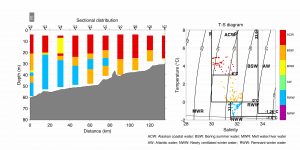 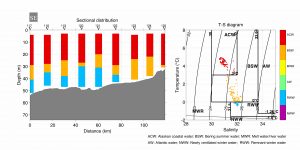 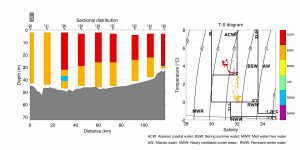 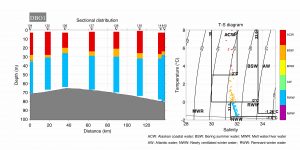