The evolution of ocean-bottom seismography at WHOI began long before the establishment of a formal instrument lab at the Institution and has been marked by steady improvements leading to sophisticated instruments in wide use today. From 1976, with the development of an analog ocean-bottom hydrophone, and continuing to today with the development of modern instrumentation, WHOI has maintained an unbroken chain of engineers handing down knowledge from generation to generation and building on the advancements of their predecessors.

In 1999, WHOI was a founding member of the OBS Instrument Pool (OBSIP), formed to provide the marine geology, seismology, and geophysical research community with instrumentation, engineering, and at-sea support. Today, WHOI engineers continue to provide unparalleled technical knowledge to researchers and students who are actively engaged in exploring the depths of the ocean and the Earth. 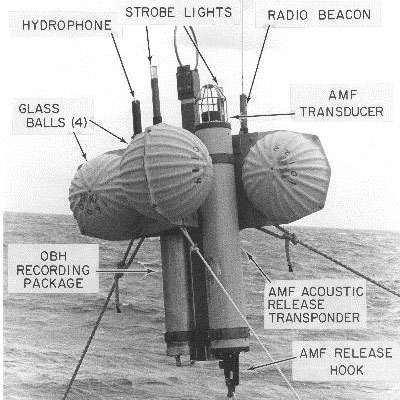 In 1976, WHOI engineers developed an analog ocean-bottom hydrophone designed primarily for use in seismic refraction experiments and in 1978, four instruments were used to monitor aftershocks from a magnitude 6.2 earthquake on the seafloor north of Bermuda. Read more about the design and testing of the first instruments here (pdf). 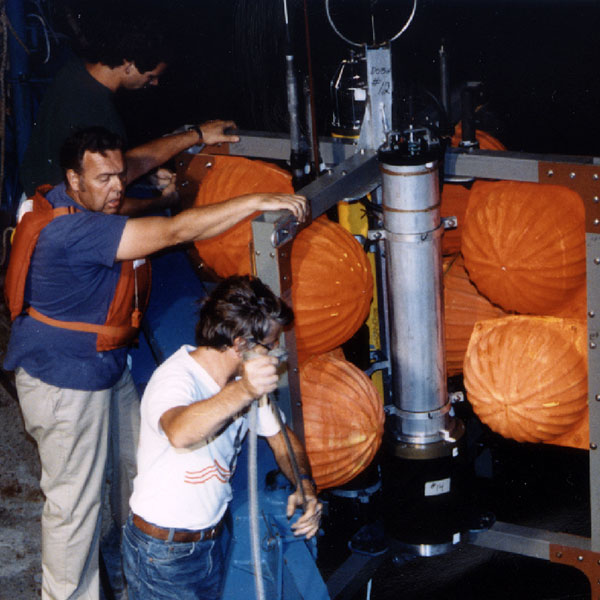 Steady advances in OBH design led to a microprocessor-controlled instrument with a dynamic range of 120dB and that employed a commercially available tape recorder with a massive capacity of 16.7 megabytes. The instrument operated in either preprogrammed or event-detect modes for short-deployment, high sampling rate experiments or extended-deployment low data rate applications. 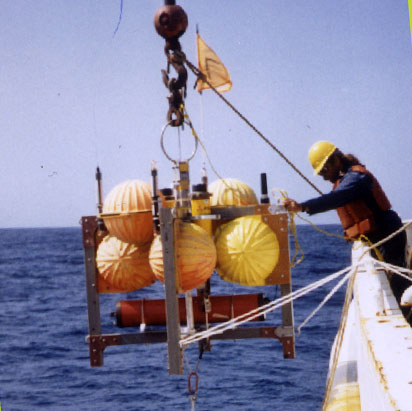 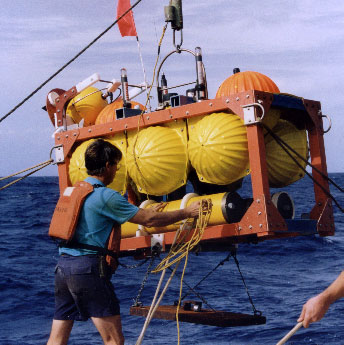 Office of Naval Research supported a collaborative OBH design among WHOI, Scripps Institution of Oceanography (SIO), Univ. of Washington, and MIT that resulted in 31 instruments (16 at WHOI, 15 at SIO), being operated as a national facility from 1991 to 2000. This was WHOI first Ocean Bottom Seismometer. This instrument, WHOI's first OBS, carried a 3-component, 1-Hz geophone with a frequency bandwidth of 55 mHz, and 64 Hz as well as a long-period pressure sensor. 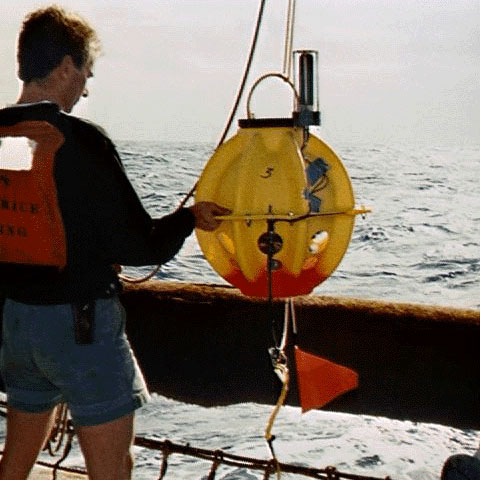 Continued OBH development led to the first deployment of a fleet of seafloor instruments with 24-bit dataloggers. 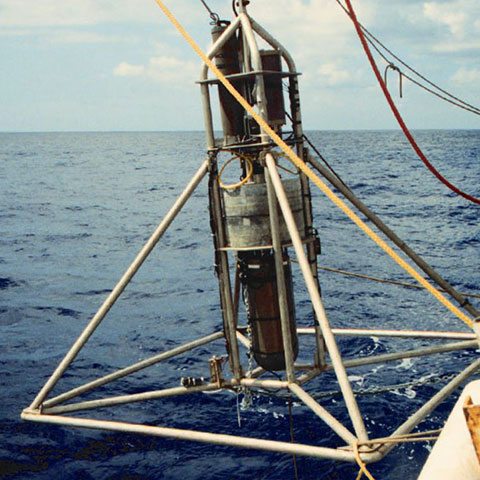 In collaboration with SIO, demonstrated the capability to acquire high-quality, long-period seismic data from the seafloor.

With the establishment of OBSIP, WHOI assembled a suite of ocean-bottom seismographs built around Quanterra Q-330 datalogger. 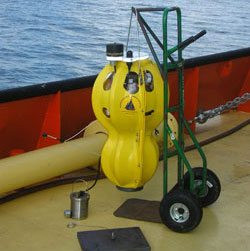 Design completed on a simple, short-period OBS “D2” equipped with a three-component geophone and hydrophone suitable for active-source seismology and monitoring micro-earthquakes. 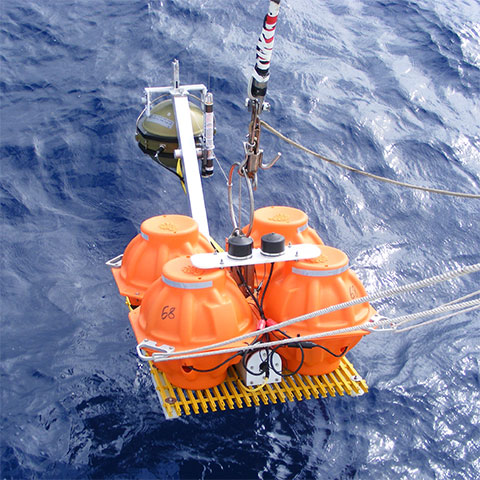 Completed construction of a fleet of broadband OBS equipped with a Gurlap CMG-3T Seismometer and long-period pressure sensor. 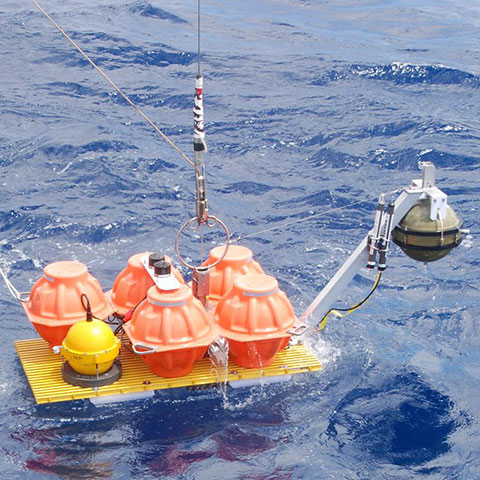 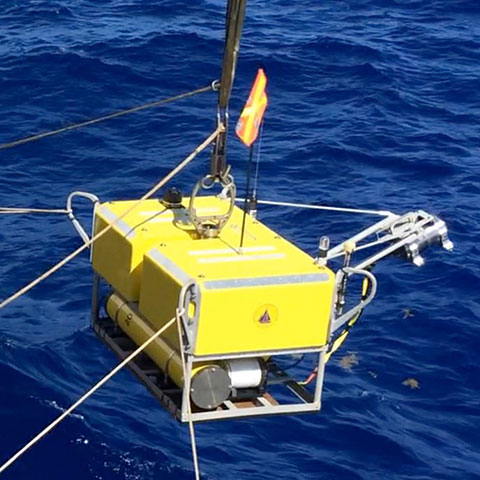 Using the American Recovery and Restoration Act funding, built 15 syntactic foam OBSs  for the Cascadia Initiative. These were the first OBS units to use chip-scale atomic clocks (CSAC). 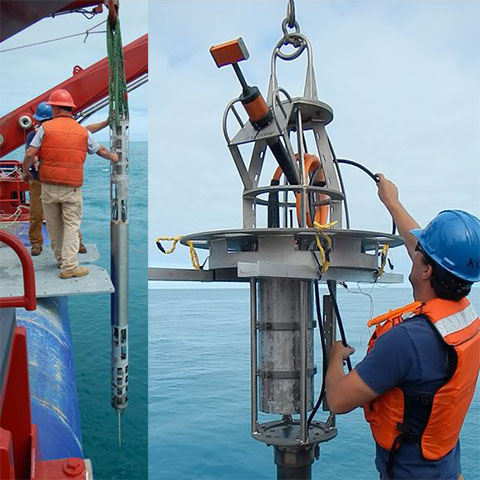 Using another Keck Foundation award, designed a combined Broadband Seismometer Geodetic Tilt Sensor Instrumentation Package for a deployment in IODP Borehole U 1365A. The system is currently delivering real-time data to the IRIS Data Management Center.