This was the 4th in a continuing series of special sessions at AGU meetings to keep the U.S. community aware of developments in IIOE-2. The session included presentations by Raleigh Hood, Jerry Wiggert, Viviene Menezes and Lynne Talley about U.S. and International IIOE-2 activities and plans.

The IIOE-2 Science and Research Working Group (WG-1) is comprised of the leaders of the 6 science themes of IIOE-2. WG 1 met in Kiel, Germany on 28-30 November 2018 to brainstorm about creating scientific products at the project mid-point. One of the co-chairs of the Data Management Working Group (WG 2: Cyndy Chandler) and IIOE-2 and SCOR staff also participated in the meeting. Meeting participants decided to write a series of review papers along the lines of the International Science Plan science themes. Detailed outlines are due by the end of January 2019, anticipating submission of papers by the end of August 2019.

One of the sponsors of IIOE-2, the Scientific Committee on Oceanic Research (SCOR) partnered with the InterRidge project to convene a workshop in Goa, India on 14-16 November 2018. The workshop focused on the geological, geophysical, geochemical and physical aspects of the mid-ocean ridges and the other geological features in the Indian Ocean and provided a forum for exchange of ideas and results.

International Ocean Discovery Program (IODP) Proposal Nurturing Workshop on Indian Ocean; Goa, India, 17–18 September 2018 (report). The focus of the workshop was to develop new ideas for research questions in the northern Indian Ocean that would best be answered through using of the scientific drilling assets available through IODP.

Ocean Sciences 2018, Portland, Oregon, USA
February 12, 2018 (12:45 PM - 1:45 PM)
Organizers: Raleigh R Hood, Michael J McPhaden, Edward R Urban, Lynne D Talley
Overview: The second International Indian Ocean Expedition (IIOE-2) was launched on December 2015 and it will run through 2020 and beyond. This session provided an update on international research activities that are being undertaken and planned in IIOE-2 and also reported on the outcomes of a recent US Indian Ocean Science Planning workshop. The session also presented the mechanisms for involvement of interested scientists in IIOE-2 activities.

Scripps Institution of Oceanography, La Jolla, California, USA
September 11-13, 2017, La Jolla, California
Overview: To harness growing interest among US scientists in Indian Ocean research, the US IIOE-2 Steering Committee held an Indian Ocean community workshop September 11-13, 2017 in La Jolla, CA. Through a combination of plenary sessions and smaller group discussions, participants in this workshop worked across disciplines of biological, chemical, physical, and geological oceanography, as well as climate dynamics and atmospheric science to generate integrated observing and process experiment strategies to address some of the leading, multidisciplinary science questions in the Indian Ocean basin. The workshop was sponsored by the US Ocean Carbon and Biogeochemistry (OCB) Program, NASA Physical Oceanography, NOAA Ocean Observing and Monitoring Division, the Indo-US Science and Technology Forum (IUSSTF), and the Scripps Institution of Oceanography (SIO). Learn more. 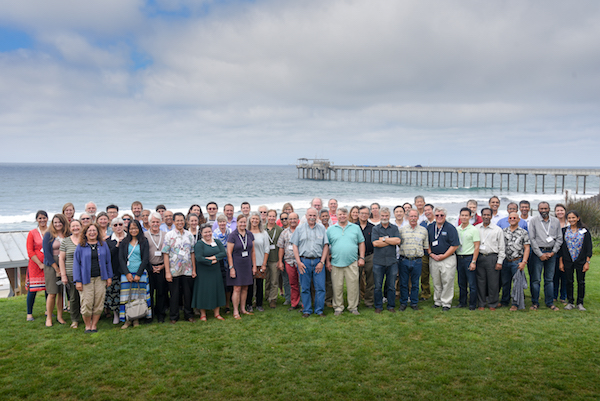 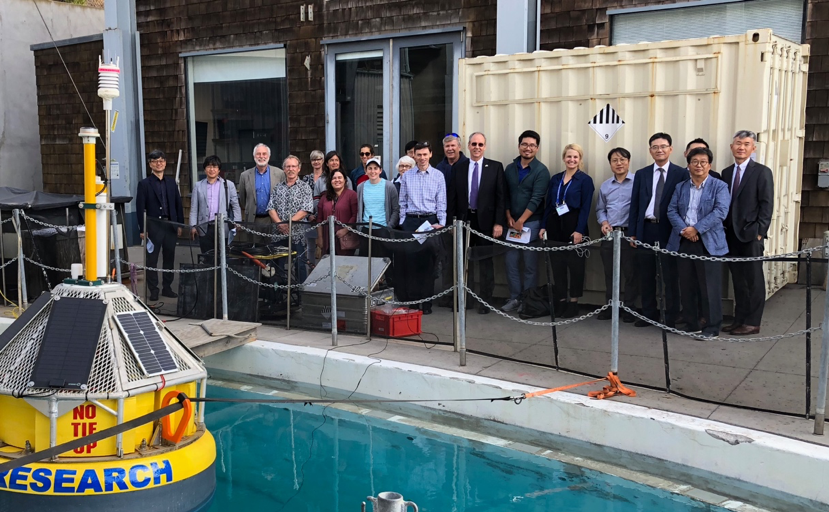 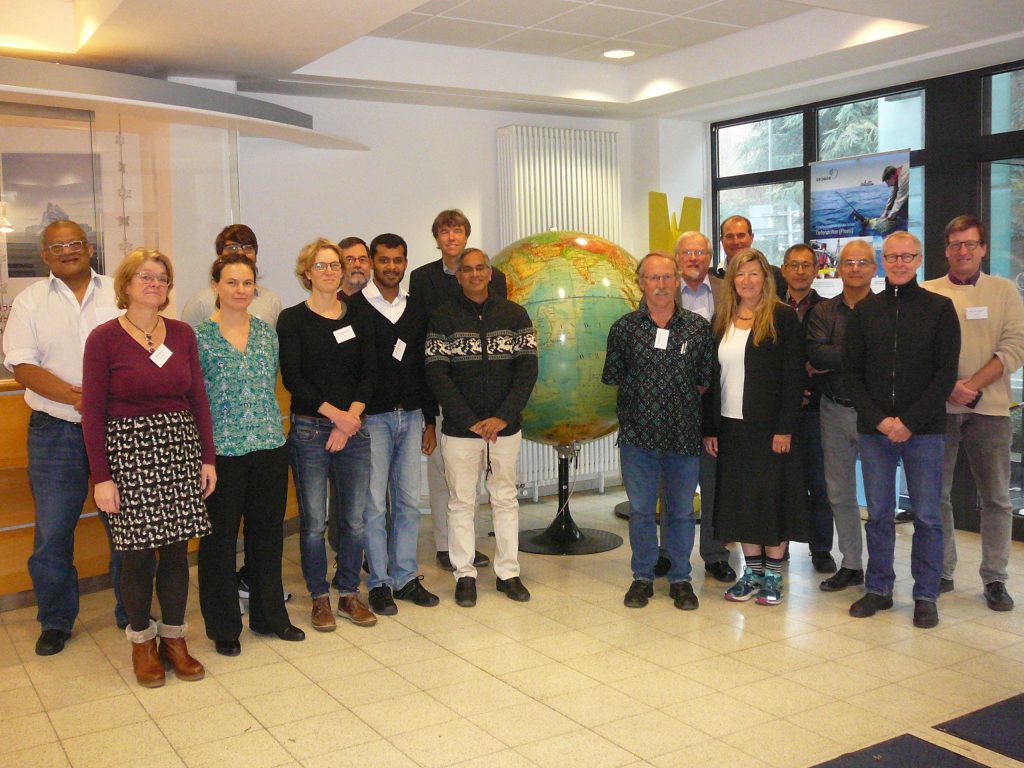