The SOLAS Event Report Issue 18 reports on the SOLAS event focusing on the Indian Ocean, which was held on 30 September 2020 online. The aim of the workshop was to present and discuss current, on-going, and planned SOLAS research and initiatives taking place in the Indian Ocean and help forge collaborations. In addition, the workshop…

Potential IUSSTF-funded proposal for bilateral U.S.-Indian planning for joint research in the Indian Ocean—The U.S. IIOE-2 Steering Committee plans to submit a proposal to the Indo-U.S. Science and Technology Forum (IUSSTF) to convene a bilateral India–U.S. IIOE-2 proposal development workshop in fall 2020.  This meeting will be open to all interested U.S. investigators. 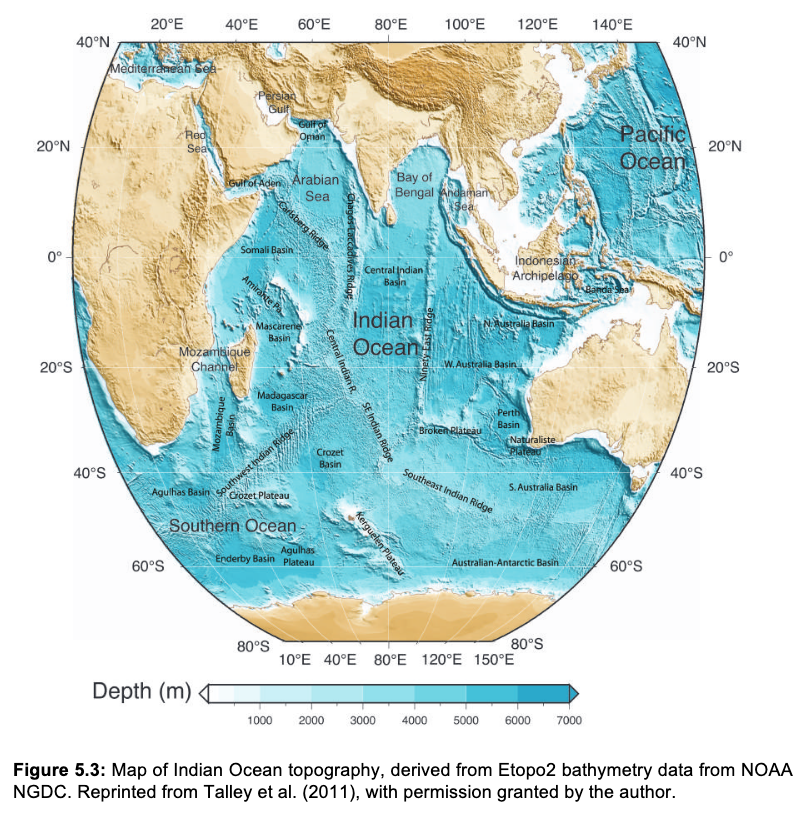 The Scientific Committee on Oceanic Research (SCOR) developed the International Indian Ocean Expedition (IIOE) as its first major activity, after identifying at its first meeting in 1957 that the Indian Ocean was the least known of all ocean basins (Deacon, 1957). The United States played a major role in creation of the IIOE, and supported the international coordination office in New York City from late 1959 to mid-1962. The U.S. contributions to IIOE were coordinated through the Committee on Oceanography of the National Academy of Sciences. The Intergovernmental Oceanographic Commission (IOC) of UNESCO joined SCOR as a co-sponsor of IIOE in 1961.

The IIOE conducted over a five-year period was the greatest multinational effort in oceanographic history and greatly increased our understanding of Indian Ocean processes and the role of the Indian Ocean in the global system. Several major national and international projects built on the foundation of the IIOE in the following decades, including the Indian Ocean Experiment (INDEX, 1979); the Deep Sea Drilling Project (1968–1983); the Netherlands Indian Ocean Program (NIOP, 1992-1993); the Arabian Sea Process Study of the international Joint Global Ocean Flux Study (JGOFS in the 1990s); the World Ocean Circulation Experiment (WOCE in the 1990s); the Census of Marine Life (CoML 2000-2010); the International Ocean Discovery Program (which is the modern continuation of the Deep Sea Drilling Project) and the CLIVAR and GO-SHIP programs, which have continued the regular hydrographic surveys started by WOCE. U.S. scientists and funding contributed to most of these projects.

Still, in 2011, SCOR and IOC recognized that the Indian Ocean remains one of the least studied of ocean basins, yet impacts billions of people on Earth. Because of declining research funding in developed countries, fewer research cruises now make their way to the Indian Ocean. SCOR, IOC, and their subgroups began discussing the need for another intensive period of study in the Indian Ocean region and the concept of a second International Indian Ocean Expedition (IIOE-2) was developed (Hood et al., 2014). The concept was first limited to re-occupation of a subset of transects originally followed during the IIOE to characterize any changes in physical, chemical, and biological properties. As these discussions evolved, it became apparent that there should be an entirely new science plan developed, based in part on existing regional research projects such as SIBER, CLIVAR and GEOTRACES; existing observation programs such as Indian Ocean GOOS and GO-SHIP, and augmented with new science to fill gaps among existing programs. In response, SCOR commissioned a new international science plan for an IIOE-2 (Hood et al., 2015) that was approved and adopted by SCOR and the IIOE-2 Interim Planning Committee of the IOC.The International Science Planning Committee identified six themes for the project.

In addition to existing programs, IIOE-2 stands to benefit immensely from greatly improved ocean observing (satellites, Argo floats, fixed moorings), computing, and communication capabilities. Another important development in the 50 years since IIOE’s completion is the increase in ocean research capacity in many of the Indian Ocean Rim nations, making it possible for greater involvement of regional scientists and enhanced collaboration in IIOE-2 research.

The U.S. Committee for IIOE-2 will help U.S. scientists coordinate their research in the Indian Ocean, develop new research projects, and interface with international IIOE-2 activities.