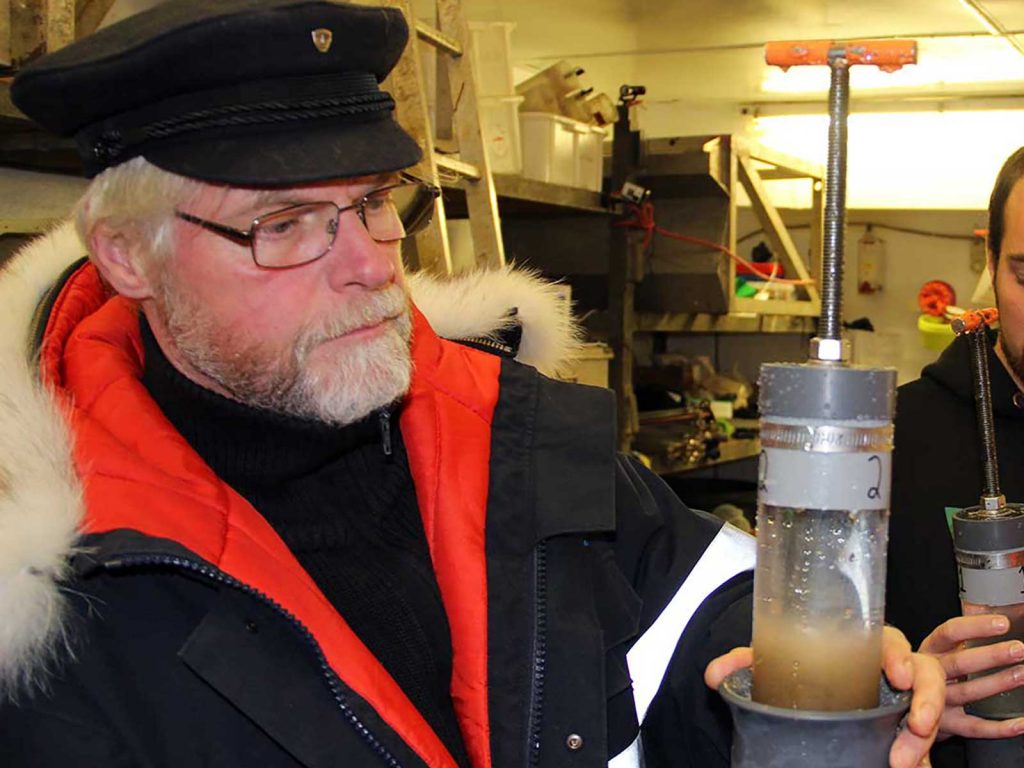 Cold blooded—that was how Antje had described NUI at the daily science meeting the day after Dive 15. Long-time followers of this blog (and lets face it, it is been a VERY long cruise) will recall that Dive 15 was one of the two with a very traumatic recovery (at least for me, watching it unfold from the Bridge), but in which the vehicle collected an excellent suite of data in a ruthlessly efficient manner.

That was exactly the pattern NUI followed on Dive 16. Immediately after we selected the area of thin ice to dive through, above the summit of Mt. Karasik, I wrote up a revised set of ten dive objectives based on the fact that we could not get to our preferred location and circulated those to rest of the scientists and, most importantly, my pilot Casey. I would be right next to her the entire dive until it was time to leave the seafloor and I needed to be in the bridge to plan the recovery, but I wanted to make sure she would also know what the new objectives were and in what order.

I am proud to report that little NUI achieved the first eight out of our ten objectives—and those last two didn’t happen simply because we were in the wrong place to begin with, but I kept them in just in case we got lucky—plus two “bonus” items. Had I been more reasonable in my expectations (But why start now?) we would have scored a perfect 100 percent on today’s dive.

As it is we came home with three sets of sediment cores, two containing a new kind of yellow sponge that looks like melted cheese on top of a pizza and the third from the interior of a rotting sponge now host to a microbial mat that may be the cause of our chemically reducing sensor anomalies. The mat was also being fought over and grazed upon by some interesting pink shrimp. I really enjoyed filming the close-up behavior of that!

We also collected one large fur-ball of a sponge that had two glass sponges attached to it and that only just fit inside the opening of the net we had chosen collect it, plus one of the cushion-star starfish that we have seen grazing on the sponges all over the top of the mountain. Last, and completely unexpected, we also found some deep-water coral that we suspect may be the most northern siting and collection of such organisms.

Add to that the video we were able to collect of all the different kinds of fauna all the way down to the seafloor and back up, as well as during the three hours we spent at the seafloor and we were, indeed, ruthlessly efficient.

Or, as Antje put it, cold blooded.