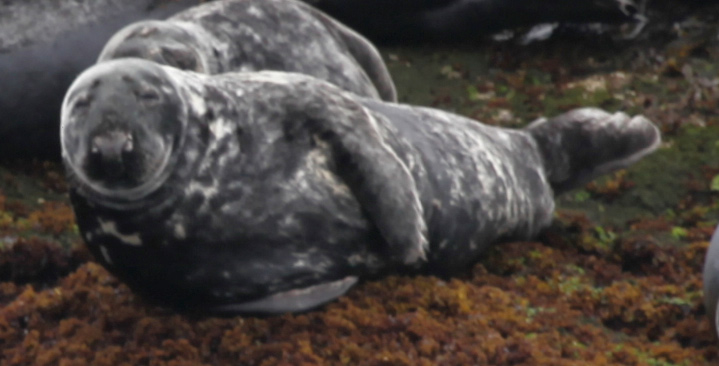 ve years ago, Andrea Bogomolni began the Shoals Marine Lab Seal Population Survey Project. As the catalog of individual seals increases, multiple individ
ual seals over several days, months and years have been re-sighted. One adult male gray seal, “Mr.T,” (identified by a unique “t” shape on the right neck), has been re-sighted annually since 2011.

His unique markings make it easy to resight Mr.T. not only to Duck Island, ME, but to a specific ledge and rock at every year sighted.