From Polliwogs to Shellbacks 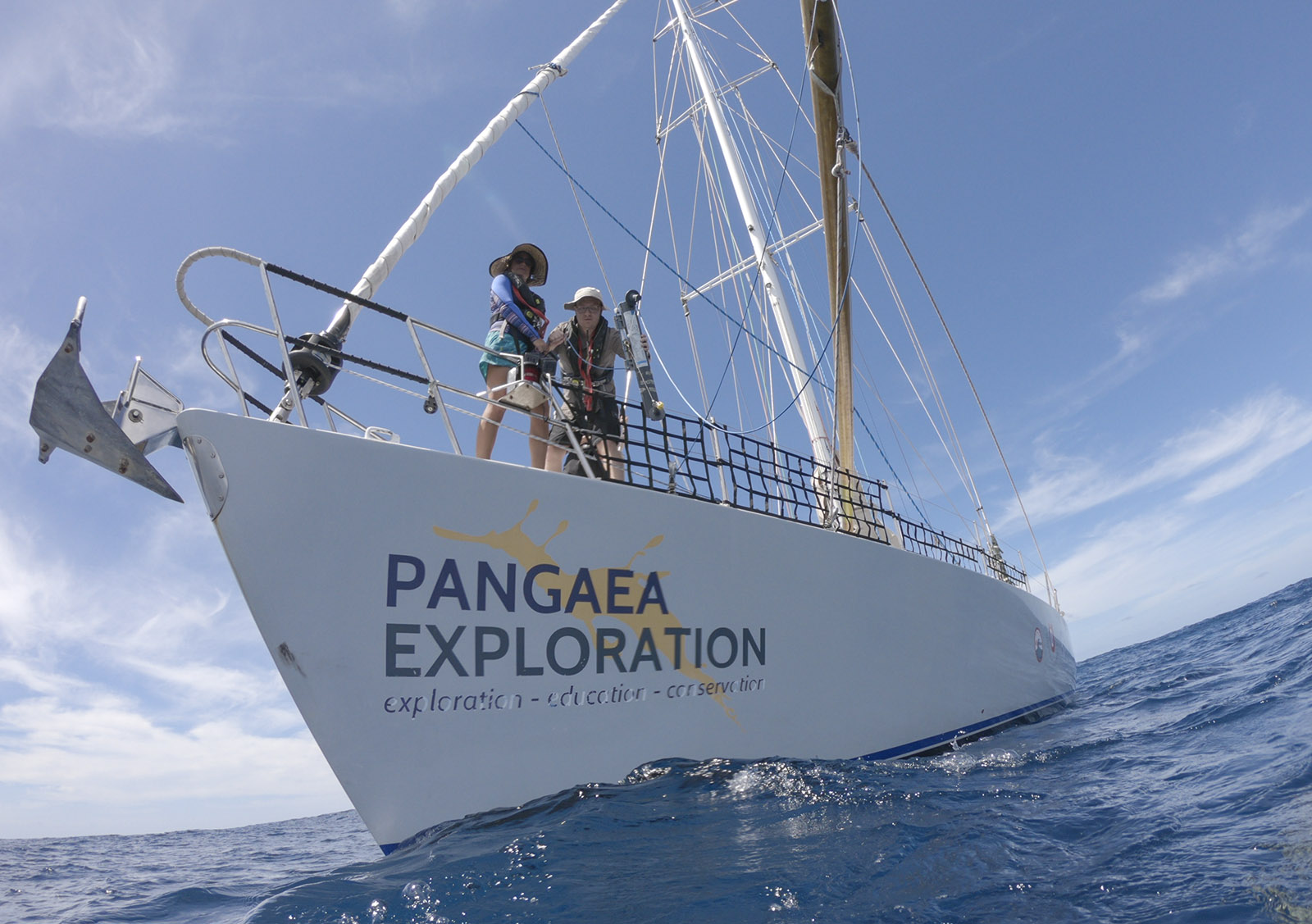 Today reached the equator, and the science began.

As the trade winds push water west across the Pacific, the movement is balanced by a deeper counter-flow back to the east known as the Equatorial Under-Current (EUC). The current is narrow and deep—it spans just 2 degrees of latitude on either side of the equator and flows 50 to 200 meters (125 to 500 feet) below the surface. The EUC is cold and nutrient-rich and we are attempting to capture samples to measure the chemistry of its waters.

Where islands like Jarvis break its flow, these cold waters well up, bringing the nutrients the carry to the surface. For reefs like the one at Jarvis, these nutrients allow the corals to grow and build large amounts of biomass, which is thought to help them survive during the extreme temperatures caused by El Niños in this region.

We stop the boat and gather everyone on board. This operation will require all the crew and science team. Eric will be holding the ship steady at the helm, while first mate Shanley and I prepare the Niskin sample bottle and the 40 pounds of lead weight that will keep the line taught. Deckhands Charlie and Shannon, along with Pat will carefully unspool the line and hold the pivot arm steady to lower the bottle down into the EUC. Deckhand Jess is logging our position and Michael is standing by to take the sample once it comes up. Richard decided the best angle to capture the cast would be from the water, so he jumped in with a snorkel to film.

Our greatest challenge for this operation is the depth. We have 180 meters (460 feet) of line, which should get the bottle deep enough to reach the current, but it will be up to the crew to keep the line from swinging out and bringing the bottle too shallow. Lucky for us, they are up to the task; the line remains straight, and we deploy a lead messenger down the line to close the bottle. Once we bring the sample back to the surface, we divide the water inside among separate bottles to be analyzed later for alkalinity, dissolved inorganic carbon (DIC), nutrient concentration, and nitrogen isotope ratios. From this, we can get an idea of the chemistry of the EUC and use the information to isolate the signature of nutrients from the current we may find upwelling at places like Jarvis.

After the initial cast, we take two more at shallower depths and one from the surface. Altogether, the operation takes one and a half hours, even better than we had hoped. Everyone performed admirably and spirits are high as we get back under way. Later, at dinner, Shanley unveils some brownies she baked that are decorated with “polliwogs” turning into “shellbacks”—terms for those who have not crossed the equator and those who have, respectively. They are a delicious alternative to some of the more typical rituals, as we will all be keeping our hair.