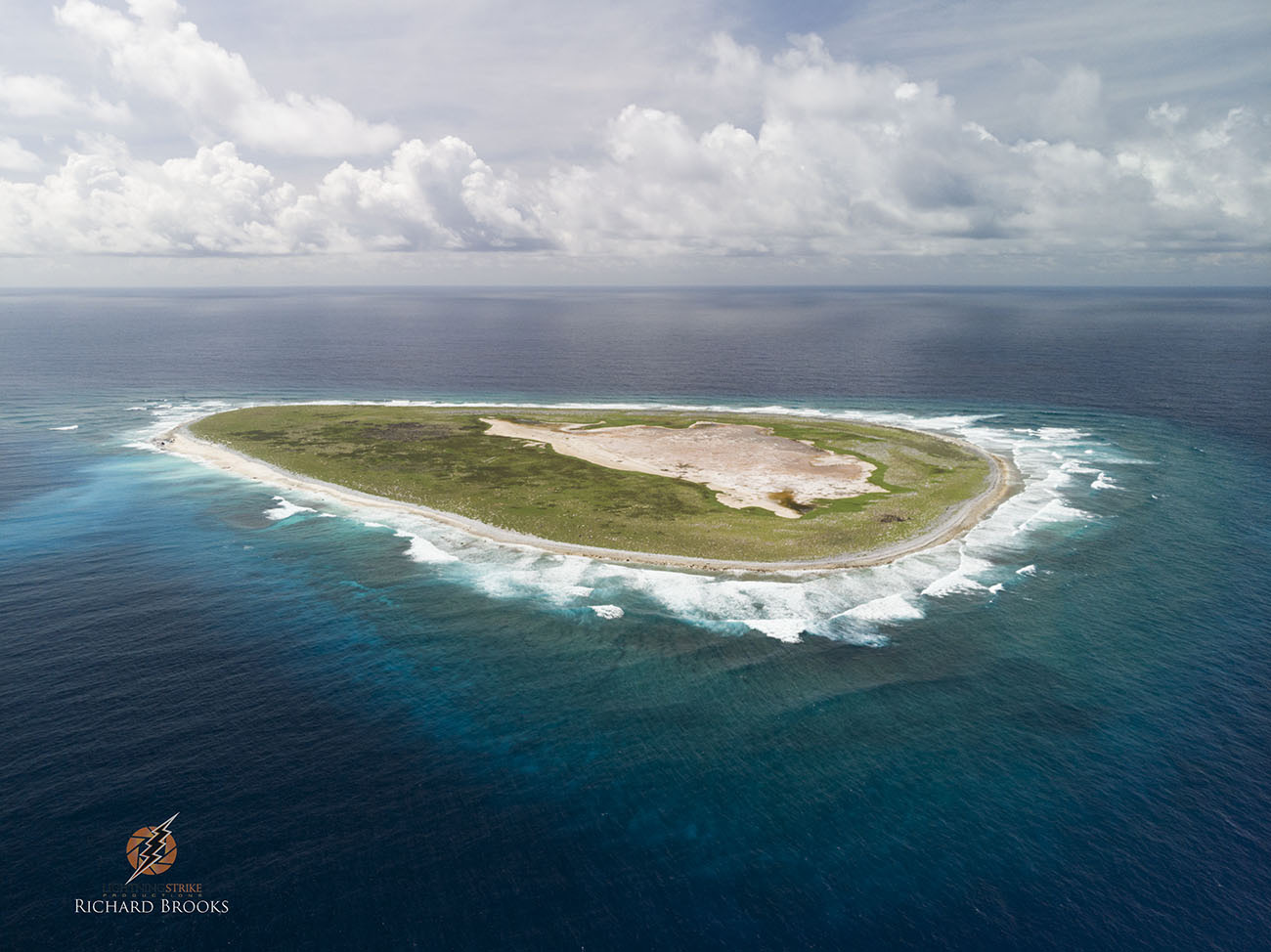 The last island on our tour de PIPA is Rawaki. We arrived at dawn, greeted by thousands of birds.

Rawaki is different from the previous three islands of our trip, as it has no lagoon and no vegetation larger than grass. It also has no rats, ants, or crabs and has thus become host to a thriving bird colony. At all hours of the day there is a cyclone of frigate birds, noddy terns, boobys, and petrels. The island itself is also much smaller than the others, which means it provides less of a lee and so there is nowhere to escape the open-ocean swell.

Our key mission here is to collect several long cores from coral colonies that are hundreds of years old. The dominant reef builder at Rawaki are massive boulder-shaped Porites—the largest we have seen yet on this trip. We plan to take several cores longer than 100 centimeters (three feet) here, long records that will allow us to see back into the past of the reef to before the industrial revolution in order to study long-term trends and changes in coral bleaching and health.

Our work here is hampered by the swell, at the surface and below. We drop in through a 3-meter (9-foot) haze of sediment that has been kicked up by the waves, into the clearer bottom waters and start to core. As we move coral to coral, trying not to be buffeted by the swell, a new challenge presents itself.

Usually when we core, a steady stream of full air cylinders comes from the surface, dropped by a snorkeler who first makes visual contact with a waiting diver on the bottom. However, here we can’t make visual contact through the sediment layer. This is when Eric and his team become invaluable: Jess and Charlie follow our position by watching the bubbles coming from the drill and Eric, a master free diver, drops down to us to deliver full tanks and take back the empties.

Over three dives, we manage to collect two long and eight short cores. All told, the work is difficult but goes quickly and we get back to the boat exhausted, but successful. Next, we travel back to Kanton to pick up our instruments and drop off Burangke.