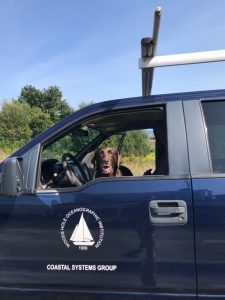 Fortunately, Kingsley was there to keep us on schedule.

While September may be the end of the summer season in upstate New York lake country, it is prime time to go lake coring! Earlier this fall the CRL group took a break from marine excursions to pack up the coring equipment and head inland in search of glacial lake sediments.

Building off of work done back in 2005 by our intrepid leader, Jeff Donnelly, we were on a mission to find evidence for glacial lake outburst floods that originated in northwest New York ~14-13,000 years ago. As the Laurentide Ice Sheet (LIS) retreated northward through New England following the Last Glacial Maximum ~20,000 years ago, meltwater from the ice sheet collected in the topographic depression at the ice margin (a result of the mass of the LIS pushing down on the crust). Of particular interest to this project is the meltwater that collected in northwest New York and modern-day Ontario, forming Glacial Lake Iroquois that was bounded by topographic highs to the south and dammed by the LIS to the north. 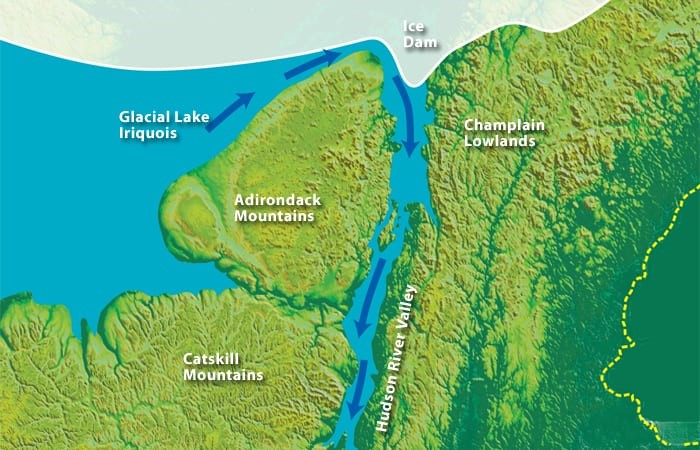 Depiction of Glacial lake Iroquois and its drainage through the Champlain lowlands and out the Hudson River Valley during deglaciation (Illustration by Jack Cook, Woods Hole Oceanographic Institution).

However, as the LIS continued to retreat northward, isostatic rebound of the crust and changes to the position of the northern ice margin would change the lake basin shape and open up new flow paths and channels. During the high stand of Lake Iroquois, the retreat of the LIS in northern New York exposed a new flow path that caused catastrophic drainage of Lake Iroquois into what is today northern Lake Champlain before turning south and eventually draining out the Hudson River Valley into the Atlantic Ocean.

Paleoshoreline features (e.g., raised beaches, deltas, and lake sediments) in New York and Vermont suggest that drainage events such as this continued to occur as the LIS retreated northward. What is still unknown is the precise timing of these lake level lowering events which was the goal of the coring excursion this September. 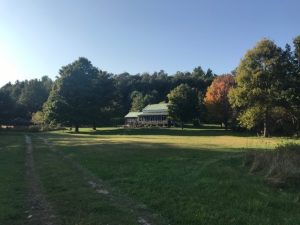 An 1820s farmhouse AirBnB was our base of operations was literally at the end of the road, but not a bad place to work from!

Loading up trusty Truck 30 with the R/V Arenaria, lab manager Nicole, interns Isabella and Phoenix, new postdoc Simon, and of course, field pup Kingsley, we all made the trek up to Gouverneur, NY. Our 1820s farmhouse AirBnB was very pastoral and only a little spooky and (more importantly) placed us in between the lakes we hoped to core. Our objective was to core lakes deep enough to obtain the transition between minerogenic glacial lakes sediments and the overlying organic-rich lake sediments. The hypothesis here is that when each of these modern lakes were part of the larger glacial Lake Iroquois they would have been receiving meltwater and sediment from the LIS and preserving laminated silts and clay. Once the lake level drained and isolated these lakes to their approximately modern configuration, they would have begun to preserve more organic-rich lake sediments. Therefore, if we are able to date the transition between glacial lake sediments and organic-rich lake sediments, that transition should correspond to the lake level lowering event. 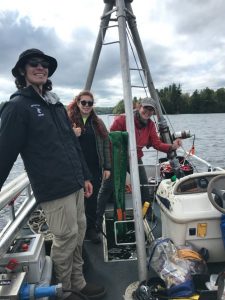 So out we went to our first lake to set up the vibracore equipment and get our first cores. After a day of knocking the rust of our coring skills, along with some help from local lake residents and the timely arrival of Jeff, we started pulling in cores with organic-rich mud at the top and glacial mud on the bottom! Soon we were becoming an efficient team, and despite a temperamental generator, managed to pull several cores from our first lake, including some larger 12 m ones!

In the end, we were able to core 4 separate lakes, retrieving several cores from each for a total of 21 cores and ~130m of lake sediments. In the end, none of it would have been possible without the awesome CRL research team!

Now that we are back in Woods Hole, Phoenix and Bella have been hard at work splitting the cores. We’ve even started getting a look at some of the glacial to non-glacial transitions: 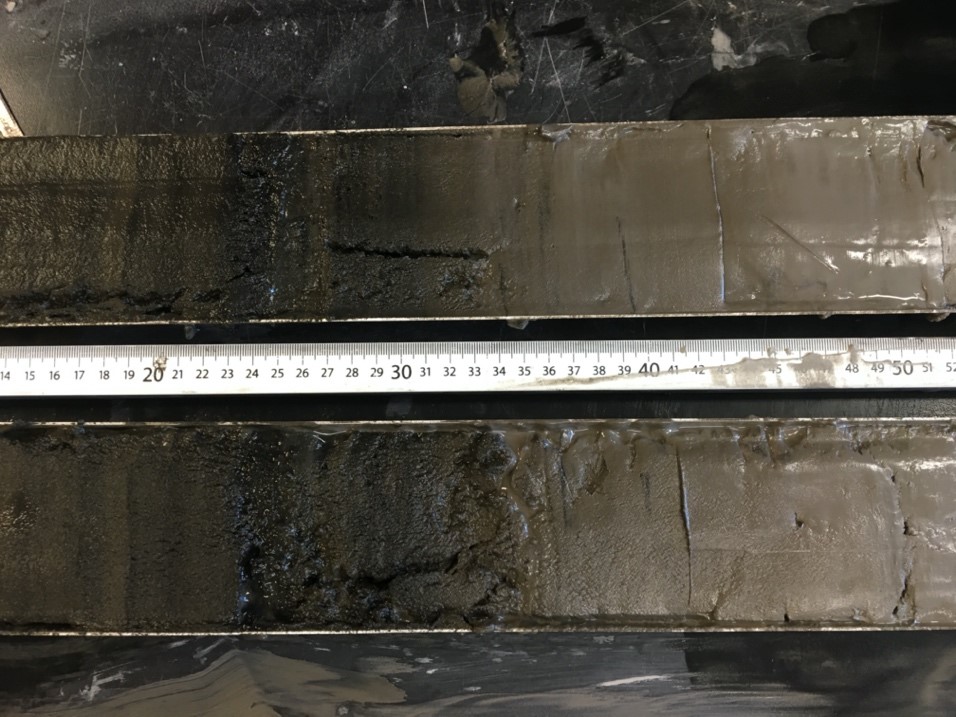 An example of a transition from glacial (gray much on right) to non-glacial (darker mud on left) sediments (core top to left).

Next up: digging through meters upon meters of mud to find organic material to radiocarbon dates in hope of constraining the timing of the transition; stay tuned! 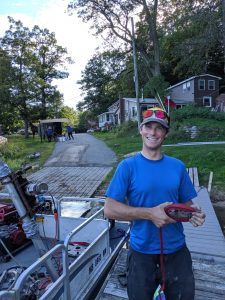 Simon tending to the ratchet straps while our new friends recover and secure their kayak to a horse and buggy. 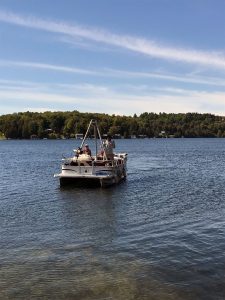 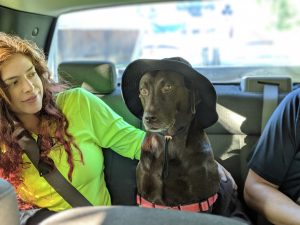 Kingsley is the definition of a ‘road dog’. 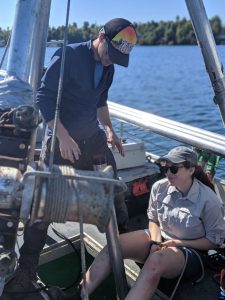 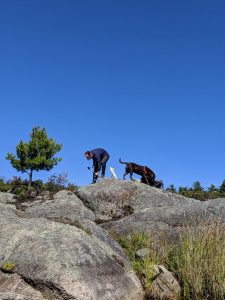 Simon (left) and his assistant Kingsley (right) taking a rock sample from a whaleback.